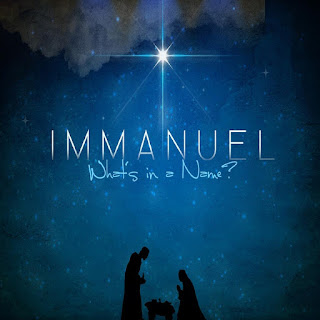 I have never really been left alone.  Sure there are times when my parents dropped me off on the side of a deserted road in the woods and drove off…but my brother was with me.   But even then, they always came back for us…though it was probably just for the tax deduction. Certainly there are times when as a child I wanted my siblings to “leave me alone,”…I mean do you have any idea what it is like to be the second oldest, but largest, strongest, smartest, kindest and most thoughtful of my parents’ four children?  It’s tough…it always seemed that I as the one who was picked on…if anyone tells you otherwise…it’s probably a close family member…but, as everyone knows, close family members are always stretching  the truth…am I right?
When I had grown, I found still other times that I would have been left home alone, though usually just for a few hours here or there.  Last summer I read the book “Into the Wild,” the brief biography of Chris McCandless, who hitchhiked to Alaska just to live off the land alone in Alaska.  He succeeded…until he succeeded no longer.  Approximately 4 months after arriving in Alaska, Chris died alone in the Alaskan wilderness of starvation.


For some of us…being alone is perhaps one of life’s greatest fears.  I have in fact heard some people state directly to me that their greatest fear is dying alone.  Thomas Merton was a Trappist monk who wrote a book entitled “No Man is an Island.” I can’t recommend it because I have never read it…but it sounds interesting…though I probably still won’t read it.  I do better with books like “Green Eggs and Ham” or  “Hop on Pop”…or “Into the Wild” as stated above…though I think I actually had to check to book out for like 3 months from the Library before I was ever able to finish it.  The premise of Merton’s book is the philosophy that there is not a single human being that can thrive all alone, we all need each other…God has created us for community.
In fact, we see this community exist in God himself…the Father, the Son and the Holy Spirit.  God has created us to community.  I believe that God valued our need for community so much that even when we are alone…we are not alone.  We see over and over in scriptures, how God promises to be “with us.”

Posted by Pastor Ryan Olson at 7:43 AM No comments: 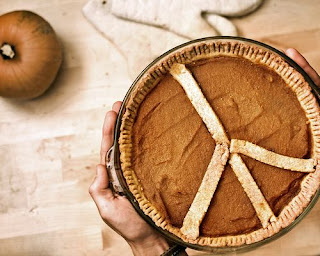 We frequently hear or use the phrase “piece of the pie,” but, isn’t it more fitting to say that “pie is a piece of piece”…pie-ce...see what I mean?  I like pie.  There have been very few pies that I have not held dear to my heart.  The top two exceptions to my love for pie would be mincemeat and lemon meringue.  I know right…you can understand the mincemeat…but the lemon meringue? You all think I’m crazy.  Well, truth be told I had a traumatic experience with a lemon meringue pie as  child at my grandmother’s house during thanksgiving one year.    After the turkey, stuffing, potatoes, cranberry sauce, dinner rolls and gravy, (of which I ate only the turkey and bread), out came the pie.  My mother came from a family of 9 children including herself, and so when it came to dessert you had to be quick and get what you fancied or you would be out of luck sucking on a peppermint drop you found under the couch, covered in cat hair for dessert.
I remember my grandmother cutting these amazing looking pies in the kitchen.  She had several pumpkin pies, cherry pies, and lemon meringue pies.  My eyes fixed on this pie…with all of the fluffy white creamy goodness piled high on top of who cared what was below.  That was the pie I wanted…and being grandma’s favorite…(don’t tell my cousins…or brothers and sister for that matter…and if they say anything different they are wrong…after all she never called any of them Ryan…it was only me she called that…so I must be her favorite).  Grandma cut me a nice big slab…I took it into the other room…I sat down…stuck my fork into this tall, thick, fluffy pie…my first bite landed right back where it came from.  I hated it!  “You call that whipped cream?”...”no”…”it’s called meringue.”  The saddest part of the story is I missed my window.  All of the remaining pies were gone…I was left with a broken candy cane…I never liked candy canes much after that either.
Holidays were hardly a peaceful time at grandma’s house.  It’s not that there was a lot of conflict…though it probably existed as it does in every home, but I was just too young and cared only about presents and pie.  The lack of peace came from the vast number of people…the noise…the laughter.
However, despite the noise…I don’t ever recall an inner turmoil at grandma’s house.  She was an amazing woman, who left you feeling confident and comfortable…that all was well with the world.  Maybe it had to do with my age more than grandma…or maybe both.
Now I am older, and sometimes I wonder did my peace die with grandma? Because, both seem to be absent.  When we read the Christmas story, we come to this part where the Angel encounter the shepherds.  The Angel says to the shepherds…”I bring you good news of great joy that will be for all the people. Today in the town of David a Savior has been born to you; he is Christ the Lord…Glory to God in the highest, and on earth peace to men on whom his favor rests.”
The world was far from at peace during this volatile time in Jewish and Roman history.  Likewise our world is far from at peace.  We have country fighting country, country’s fighting themselves; we have republicans and democrats fighting...on and on it goes.  So, where can we find peace?  There is only one place.  We can find peace in the arms of a God who loves us enough to send his Son to die for us…because he “favors” us so much.  That…is where you can find peace this Christmas.
Posted by Pastor Ryan Olson at 11:31 AM No comments: 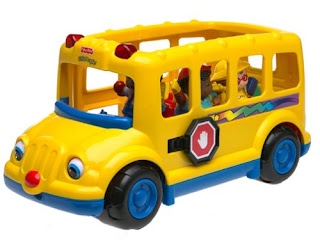 I went to visit my friend/colleague in the hospital this past week.  He technically hadn’t been admitted…it was his wife…and then a short while later…their new born son.  Though I couldn’t stay long, (because, I had to pick up my own 12 year old first born and her 3 younger siblings from school), the visit was fabulous.  I loved holding this 1 day old baby boy.  It reminded me of how my life changed in indescribable ways when our daughter arrived.  It was at this moment, when I learned some things about love that I had thought that I had known prior…but I was wrong.  I learned about love in a brand new way.
This new daughter of ours has experienced “unfairness” more than any other of our children, simply because she is older, and she has had to endure the addition of siblings more than any of the others…and she has had to endure her siblings’ birthdays more often than they have had to.  She has never shied away from expressing her feelings of unfairness…where at each birthday party, (that is not her own), her brother and sisters receive all of the gifts that she wished that she could have…a new bike, Little People bus, Polly Pockets, American Girl Doll outfits…etc.  When each of these gifts, (and more), were opened the words “ahhh! Not fair” were loudly proclaimed from her lips.
I remember as a child, I would also express the lack of fairness in much the same way…”Mom! Dad! Why does Ross, (that’s my brother), get a new walkman” (this is one of those hand held “cassette” players that would pull your pants down when you would clip it to your waist while trying to go for a run), “that’s what I wanted!”(...the walkman…not the pulling of the pants thing…that’s awkward, but it came with the territory…)”That’s not fair.”  My father with the wisdom of a gypsy fortune teller would say, “That’s because we love him more…”  “Huh?”


For years I was dumbfounded by this response, then I learned about reverse psychology.  I came to realize that this must be my Dad’s way of saying…”Ryan…you are really my favorite…but I don’t want your brother to know about it…because he might feel bad.”  This had to be it…because I knew that I MUST be his favorite.  So he was really saying…he loved ME more.  Though this doesn’t explain my 20th birthday…hmmm…maybe forgetting a child’s birthday is really a way of showing that you remembered it…but it sure didn’t feel like it.  (They really didn’t forget the birthday…but…kind of…)
Have you ever stopped to think about love?  I mean really, think about it...where does it come from?  When we had our first child…we didn’t have to say…”I guess I will have to choose to love this child,” (though perhaps a few times since then), the love came naturally…but it came from somewhere. When we had our second child…then our third…then our fourth…the love, just never ran out…in fact, the love never even depleted…the well never even got shallower.


1 Corinthians 13 is known as the love chapter.  It is often used at weddings, but it is so much more than just a feel good chapter about love.  This chapter expresses what God gives to us in his Son Jesus Christ. God “loved” the world so much…that he gave his son…while we were still his “enemies,” he loved us.  When we come to the end of things, we will find three things remaining…faith, hope and love…and the greatest of the three…is love...God's love will NEVER cease...it will ALWAYS continue.  If love were fair...I'd be out of luck.
Posted by Pastor Ryan Olson at 9:22 PM No comments: