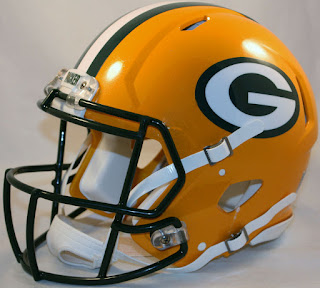 In 2009 the unthinkable happened…no, not the H1N1 Swine Flu epidemic…nor am I referring to the death of the King of Pop.  Rather, something that hit really close to home for most Minnesota Viking fans.  This was the year that the arch-nemesis and continued object of Viking fandom ridicule, left the ‘dark side’ and came to Minnesota to join the forces of good and fight the dark forces of the Green Bay Packers…defeating the green enemy twice that year.

I cannot imagine that I was the only one struggling with accepting Brett Favre as our new quarterback after having rooted for his demise for 16 seasons. Yet, I was astounded that as he donned the royal purple and gold and began throwing touchdowns for the good guys.  I came to the realization…“this guy is on our side…he is for us…he is one of us.”

I hardly even remember that interception in overtime of the NFC championship game against the Saints. Out of his career leading interceptions…why did he have to throw that one? After that game…he nearly retired…again, which interestingly, would have left him having his very first and his very last NFL passes…both going down as interception.

Instead, he came back in 2010…he did not have the magical year that he had in 2009…but he was still one of the good guys.

This strikes me as a picture of unity.  When people have a common goal…we find a deep unity arising.  That is the beauty of the Church.  In Acts chapter 4 we see a great unity begin in this new community of believers.  They are people from every tribe, nation, culture and language…(it is like every team in football has sent in their representative)…and with the common goal of Christ and making him known…they unite.

The depth of the unity is so great.  They are willing to give of their time, their money, their property and their love for each other, because of their shared love for Christ.

May we come to have Christ in common…and unite to make His Name Great!

Posted by Pastor Ryan Olson at 9:19 AM No comments: 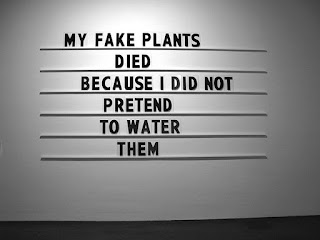 The pressures in middle school and high school are enormous and come in many forms.  Teachers have the crazy expectations that middle school boys should not be pulling the pony tails of the cute girls that sit in front of them.  Teachers should know better than to tempt young boys with a seating chart that places them in such close proximity. Why wouldn’t they put the boys with other boys…oh wait…I see…there is a reason why that corner of the room was called spitball saloon.

Science teachers seem to have the expectation that young eager minds should not combine sodium (na) and hydrogen peroxide (H202)…Mr. Klawiter has no proof that I caused that mess!  Principals appear to all share the irrational demands that lockers should not be “penny jammed”, slimed or stuffed with exceptionally small 7th graders. Parents unanimously expect their young Einsteins to get good grades and learn things…since when did school become an institution of higher learning.  As best as I can recall, it has always been a place of socially awkward attempts at becoming accepted by our peers.

That may very well be the greatest pressure of all. Despite my awkward social skills, excessive body odor, lack of coarse language, blue jeans 6 inches too short for my legs and the Mickey Mouse decal on my overalls…I still lacked the social prowess to be in with the popular elite.  The years spent in middle school and high school are the mere adventures of young boys (or girls) on desperate journeys of acceptance.

One day a friend asked me, “Have you ever even had a girlfriend?”

I wish I had left it at that…but something drew me in.  I saw this as an opportunity for popularity…and so before I could think it all through, I blurted out…“In fact, I have one now.”

“You wouldn’t know her…She doesn’t go to this school.”

“Emily.” I said without thinking.

For the next 3 weeks I endured questions and requests to bring her over to his party on Friday night…or the football game next week.  Until finally, I had had enough of this charade and did the only thing I could do.  I broke up with Emily Resch.  I broke her imaginary heart…she wept bitterly and threw her imaginary notebook at my face…but in the end I affirmed her that she would find someone better than me…at least more genuine.  We said our goodbyes…no kiss…no hand holding…just an air hug.  Finally, I was free…sort of.

Our lives are filled with posing. We spend so much time and energy trying to help people see us the way we want them to see us.  Zuckerburg has made it much easier for us...but posing has existed way before Facebook.

This truth is thousands of years old.  In fact, we see it in the Scriptures.  The book of Acts records an event in Acts 5:1-11.  Two believers in Jesus decide to do something that looks really kind and caring and loving.  Unfortunately for them…they didn’t do it to make the name of Jesus great…they decided to try and build their own names and reputation, so that they would be seen as generous and Godly.  They were posing as “great people”…when they should have been proclaiming a great God.

I am no different…and if you are honest…you are probably the same as me.  We worry about what people will think.  We want to matter.  No matter what we do…we already matter deeply to the most important person ever…Jesus. When we can come and see that He is the Great One…then perhaps we can stop posing and let him make us into who He wants us to be.

Posted by Pastor Ryan Olson at 8:57 AM No comments: 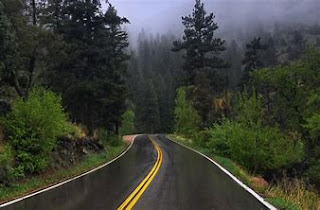 The rusty 2007 Dodge Caravan was fully loaded with the family, luggage and a trailer in tow. As I pulled the vehicle out of the driveway this past holiday season, I couldn’t help but reflect on this same trip that we have taken every year, for the past 20 years.  So many memories have been made on these highways between Little Falls, Minnesota and Dearborn, Michigan.  Dearborn is a suburb of Detroit, and despite my many visits to the Detroit area, I have yet to meet Kid Rock, Eminem or Barry Sanders…maybe next year.

Throughout the journey I recalled some of the events of the past as we passed by the sections of freeway where they occurred. I watched mile 115 pass and remembered when we nearly rolled the van on I-94 between Tomah and Hixton, Wisconsin (See Blog Post: Solocam 6/22/19).

When we passed by the Belvidere Toll Plaza, I remembered the time in 2004 where I was forced to pull over to the side of the road due to a backside explosion of our, then, zero year old, firstborn daughter.  My wife and I spent the remainder of that trip through Chicago with our heads hanging out the window like a couple of coon hounds, so as to gain some fresh air to breathe.  How bad is it that smog is healthier to breathe than baby methane?  I would have dropped the diaper into a toll plaza coin catcher if Sarah would have allowed me to.  I figured I could either give the 40 cents…or I could give them something really “priceless.” In the end…I was forced to battle the toxic fumes and the dizzy spells until we reached the Michigan border where we could safely discard the defecated bomb.

So many events have occurred on these roads…countless traffic jams…driving through blizzards…stuck in traffic with 94 degree heat and no AC on the Skyway in Chicago…children fighting in the back seats…spilled, sugary beverages…enough potty stops to shake a stick at…pregnant wife vomiting in the car regularly during 12 hour trip.

This year, as we approached the nearby city of St. Cloud, Minnesota, I remembered an event from just the previous year.  We were on the road early that year. The night before, I had finished loading up the suitcases perfectly like you would expect a Tetris addict from the 90’s to do.  The kids had their pillows and blankets…enough that you would think it would have insulated the noise from their fights…though it didn’t.   I made sure we had the dog kennel and his food…his leash…his dog dishes…even his play toy.

I feel like I am a very “enjoy the journey” type person…but when it comes to road trips…it is all destination…and how good of time we can make on the way. Diapers, traffic, and potty stops are all obstacles toward reaching the end goal in the most efficient way possible.

As we approached the mini Midwest metropolis…Sarah asked…“Where is the dog?”

So much for making good time.

Unbelievable…we had everything…everything…but the dog.  “Do we really have to go back for him?” I asked.

“He will starve to death if we don’t.”

“He will mess all over the carpet.”

“Ok fine…we will go back for him.”

Life is like a road trip.  It is full of obstacles and it is meant to be traversed.  It is much more than just a highway to a destination.  Yet, there exists a destination at the end of it that should motivate us to engage as many people along the way as we can.  It will seem like there are powers that be...obstacles…that are trying to do all they can to prevent us from reaching the destination.  Small bladders, car wrecks and missing dogs being just some of them.

In Acts chapter 4, we find some greater hardships than many of us have yet experienced, though in truth, we may one day encounter.  Two Apostles have just been arrested, Peter and John, and have been accused of doing evil, when in truth they have only done good.  The Lord had just used them to heal a crippled beggar. When faced with these hardships, we find them praying.  Interestingly, they do not pray for ease of journey, nor do they pray for comfort.  Rather, they pray that they will be able to continue on in the journey…that they will be able to continue speaking the truth, even when people are trying hard to shut them up.  They pray that they will have boldness…and strength to never quit.

May you find yourself praying for strength on your journey.  May the Lord grant you the grace to never quit…even under the hardships endured in this world.

Posted by Pastor Ryan Olson at 3:24 PM No comments: