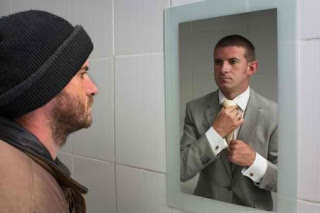 I have an older brother.  He has more hair than I do, but less notches available on his belt.  We are only 14 months apart in age.
Because my brother and I were so close in age...and, of course, since we share the same parents, (see definition of brother), we often were mistaken for twins.  I cannot fully understand this because I am so good looking and physically fit and he is...well...not.  I recall time when we as kids would be walking down the halls of our elementary school and people would look at us, point and stare, while saying..."Hey, look at those twins"...as if we were some circus side show...perhaps it's because we were always dashing out the door in the morning at the last minute to catch the bus and didn't have time to do anything with our hair...yes...there was a time when hair existed on my head...in fact, I had hair all the way through elementary school.
As we grew older, it was not uncommon to have these events of mistaken identity continue...
ON one such occasion, I recall walking through the Fergus Falls Fleet Farm, where my brother worked at the time.  A coach from one of our rivalry high school wrestling teams approached me and mistook me for my brother, (who had already graduated high school...though I had not)...this coach began to tell me how his wrestler is going to beat my brother (remember...that's me...the brother), and consequently our wrestling team.  Rather than correct him and reveal my identity, I took the opportunity to engage in the conversation and exaggerate my own abilities..."What are you nuts?...my brother (again...me), is unstoppable...he just put up 250lbs. on the bench press last week and he is eating raw chicken eggs, spinach, and rocks for breakfast...he is goin to destroy anyone you put on the mat"...the coach walked away looking at me oddly.
If we were to be totally honest...I think each one of us has either, been mistaken for someone else at some time...or mistaken someone for being someone else.  In fact, I bet there are times when we would rather be...or at the very least, like to pretend, that we are someone other than ourselves.  I believe that sometimes our past, rears its ugly head, and tears us down again and again, telling us we are not worth anything...especially God's love.
Ephesians 1:4-5 says otherwise.  "For he chose us in him before the creation of the world to be holy and blameless in his sight.  In love, he predestined us for adoption to sonship through Jesus Christ, in accordance with his pleasure and will-"
Do you see that?  He chose us! In Love! Adoption to the family of Christ! With Pleasure!
Each one of us has value...not because of how much money we make, or give, or what clothes we wear...or don't wear...(that could be awkward)...or what talents we have, or how we serve the church, or even how we love people...
Simply put...you have value...because God says you do...
Perhaps we need to take a closer look at "Who we are?"
I challenge you to take some time and read, Eph. 1:3-18, and Romans 8:22-27 and reflect on what god says about you...let it permeate...let it sink in...let it affect the very core of your heart. 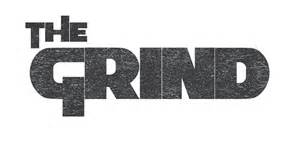 Our daughter had her tonsils out this past Wednesday.  I find it absolutely remarkable how efficient the surgery clinic was.  I mean they had our third born, taken out of the pre-op room, put to sleep….(the last thing she remembered was feeling weird and her mom beginning to look kind of "creepy"), and I kid you not the doctor was talking with us 15 minutes later.  I can’t change the oil in my car that fast...I can’t run a mile that fast…I can’t eat a donut that fast…wait…that one is not true…I think I could eat several donuts that fast.


I was astounded, and I remember wondering, “How many times do you suppose this doctor has performed this procedure?” Then, I thought about the reality that there must have been a time when he performed his FIRST tonsillectomy.  Truth be told, I am glad our daughter wasn’t his first.  But even for his first, he MUST have studied, and studied, and practiced (if you can even practice for a tonsillectomy).  I cannot imagine all the work that he must have put in, and hours of study he must have engaged in to be as good as he is, at what he does.


This reminded me of the Olympics…how these athletes, work and work and work, to achieve that prize, of a gold medal being hung around their neck.


We find in 1 Corinthians 9:22-27, another example of how Paul uses the illustration of “Olympic” type games to compare with the prize that awaits for us at the completion of this race we find ourselves in.
Following Christ...takes work...are we willing to rise each morning...set our faces toward the prize, and run?
Posted by Pastor Ryan Olson at 7:28 PM No comments:

Don't Look Back, You're Not Going That Way


It’s hard for me to watch home videos of when the children are young.  I find myself slipping into a depression of sorts,  longing to relive some of those moments.  I find myself sad, that I didn’t relish those times more.  I think of all the cute things that they would say and do…


I remember the spills…oh how I hate spills…ugh! I hate my feet sticking to the floor from spilled kool-aid, spilled sugar…spilled milk…when milk is spilled and not cleaned up…it begins to stink…they say there is no use crying over spilled milk…whoever they is…are wrong…


I remember things that they would break…lots of breaking…vacuums, drawers, doors, tables, dolls, floors…how do you break floors?...think fillet knife and linoleum, (I know…what kind of father leaves a fillet knife where a 2 year old boy can reach it…apparently this one).


It is easy to be consumed with our past.  I don’t know if you realize this, but I am not as young as I used to be.  In fact I am older than I’ve ever been and now I’m even older…


The older I get the better I was…


I went waterskiing last weekend…yep…I’ve still got it…I also got sore muscles that I don’t think existed when I was 20 years old.


In Philippians 3:12-21, Paul talks about, forgetting what is behind…leaving the past in the past…and pressing on toward the prize that is set before us…


Sometimes our past can consume us…whether it be good, or bad…longing to relive…or wishing we could forget…


But in either case, we are called to look forward…to the future…to eternity…to Christ.
Posted by Pastor Ryan Olson at 6:45 AM No comments: 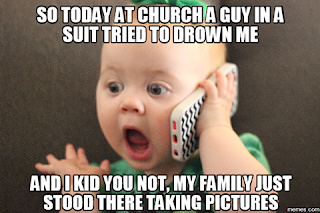 Life is full of mysteries…there are some things we just cannot explain or fully understand.


Such as, how does David Copperfield disappear and reappear? He’s really good at that!  Mysteries like, how did we come up with these two fine presidential candidates?


Mysteries fill our family life on a regular basis…Who broke the van door? Who tore the shower curtain? Who left the milk out? Where did I put my glasses? What is your name? What is MY name? What happened to the white spatula? (it’s been missing since 2005…hmmm that is the year our son was born…perhaps the mystery has been solved).


I enjoy reading and watching mysteries…as long and they are not bloody or gory…that makes me pass out…then I am liable to get stepped on.


Many things in our world can be explained…however, the work that Jesus does in the hearts of people, is an amazing, exciting and powerful mystery.


We see examples in scriptures where God changes the hearts of people…i.e. the Apostle Paul, when he is transformed from a killer of Christians to a disciple maker…likewise, we see powerful examples in our lives and the lives around us.


More than 30 people from Alliance Church witnessed some of these mysteries first hand, when they were able to engage in the stories from Adult and Teen Challenge on July 28th. The changed life stories were incredible!  Hearing how God was taking hearts of stone...and creating in them a heart of flesh.


At our church this Sunday we will hear of two other mysteries of how God penetrated the hearts of people and does a work on the “inside.”  We will hear their stories, and we will witness an “outward” expression of that “inward” work & we will look at such scriptures as Matthew 3, John 1, and Acts 8.


When we engage in the covenant act of baptism, we engage in the mystery of Christ’s work, a work that He does...inside of us...that is then expressed on the outside.  Baptism is an amazing expression of the evidence of that mystery.
Posted by Pastor Ryan Olson at 5:39 AM No comments: