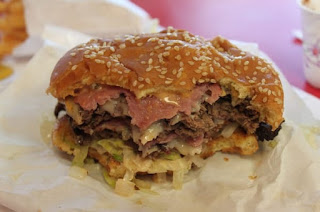 My wife loves giving birth.  I know right!? That seems entirely foreign to me.  I have been there.  I have experienced…the screaming…the tears…the fear…the panic…and that doesn’t even include what Sarah may have been feeling.
Sarah had long labors…the shortest one being around 13 hours and the longest pushing 36 hours.  I remember the long grueling walks, during the nine, post-due date days, while expecting our fourth born.  I am pretty sure I developed plantar fasciitis from those walks.  Sarah then labored all through the night, at home, before going into the hospital at 4:30 in the morning. I don’t do well with such a lack of sleep.
Our third born brought a particularly hard labor, after hours of attempts to induce labor activity, I was forced to sleep in an uncomfortable recliner for the night.  I remember having to rub Sarah’s lower back continuously the next day, while my cheeseburger got cold.
It has always struck me that after each delivery Sarah would verbally state, “I love that feeling. When it’s all over, and I hold my baby for the first time…it’s all worth it.”
That’s pretty impressive.
Jesus uses these experiences as a metaphor in John 16:16-33.  He is telling His disciples that He is leaving...but He will see them again in a “little while.” Jesus says to them, “You will feel grief”…pain…but, like the pain of a mother giving birth, it will last a short while, and then they will be overcome with a joy that will last forever.
Jesus promises…that He will return and with His return, a joy that will last, and last, and last.  He will not die again. He will not leave again. He brings a joy that will last.
Posted by Pastor Ryan Olson at 8:23 AM No comments: 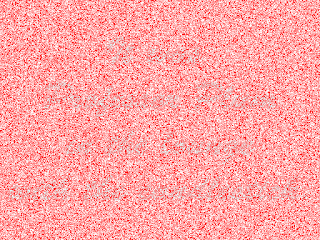 My son’s eyes nearly exploded out of his young face as he saw his grandfather pouring a blanket of sugar over his bowl of Cheerios.
Whenever our children came home from having stayed with Grandma and Grandpa for a weekend, a day or even an hour, Sarah and I had to help them relearn our own house rules.  Such as, cookies are not allowed for breakfast, lunch or dinner.  Caffeinated coffee is not intended for children under 8 years old.  Donuts are not considered to be a “whole grain” food.  There is no need to blanket Cocoa Puffs with sugar,  and despite Grandma’s favorite rally cry, “Grandma’s my name and spoiling is my game.” Dad’s slogan remained, “Dad’s my name and no…you can’t have that…or that…or that.”
I remember when my son first came home and asked to put sugar over his cereal.  Though Sarah and I had both grown up pouring sugar over our cereal, we wanted to limit the amount of sugar our children took in and with it, lower their energy level, naturally.  Thus, we chose not to introduce our children to this treasured secret.  I have memories of pouring sugar over every spoonful of Wheaties while simultaneously digging in the box for the next cool cereal box toy.
Like my son, I was always the first one up in the mornings, so I was nearly always the first to get at the cereal and have the first crack at the cereal box toy.  I remember some my favorite rewards included a $1 bill from Cheerios (I was one of one million people who shared a one million dollar jackpot), a Wacky Wall Walker (what is more fun than throwing a sticky plastic octopus to the wall and watching it crawl down the wall…until it gets dirty…then it just falls to the floor and gets dirtier) and a color changing spoon from a box of Trix.
I recall on one such occasion, where I had to dig inside of a box of cereal to find a prized piece of red cellophane, that was needed to be able to read the secret message on the back of the cereal box (this was at a time where germs had not yet been invented in my pre-adolescent mind, so I was certain no one would mind my sticky little fingers handling every sugary, frosted flake inside the box).  Without that simple red filter…there was no hope of reading the important secret message…which probably said something like, “Trix are for kids.” or “They’re Grrreat!” or some other super important message.
Our lives are filled with revelations.  Our parents reveal to us our misbehaviors and their expectations of us.  They, perhaps, reveal that wooden spoon hidden in the drawer when those expectations are not met.  Our parents can also reveal many life skills to us…like, how to live…how to manage money, how to treat others, how to speak to others, how to love our own children and how to reveal these things to our children as well…and perhaps, how not to blanket our cereal with an acre of sugar.
As great as our parents are as “revealers,” there is another who reveals an even greater message.  In John 16:5-16, Jesus promises that the Holy Spirit will come and “reveal” to the world its guilt in sin, righteousness and judgment.  Though that may sound negative, there is a beauty in recognizing our own guilt.  When we recognize our own guilt, our own lack of righteousness and the judgment that follows, we find ourselves primed for the message of hope that is also revealed.  The message is the promise that Jesus has conquered our sin, given us His righteousness and taken our deserved judgment upon Himself.
That is a message that is worth having revealed.

Posted by Pastor Ryan Olson at 1:48 PM No comments: 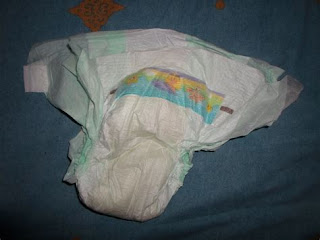 My wife and I sat peacefully on the sofa together, enjoying some quiet time as the kids rested.  Before we had our fourth child we were able to put all three of our children down for naps all at the same time, in separate rooms.  We would put our oldest daughter downstairs in her own room, our son would nap in our room, and our youngest daughter (at the time) would sleep in her crib.  As parents of three children four years old and younger, times like these were cherished moments for the two of us.
As we sat there basking in the silence, we began to hear the small voice of the one year old, cooing unintelligibly in her room.  She seemed cheery…pleasant…even happy.  She, unlike our son at that age, had not yet learned to extract herself from the confines of her crib, so we had no reason to be concerned. Finally, we felt that as “good parents” we should check on her.  I was elected to sneak a peek at the happy girl, to make sure she was still safely confined and happy. The idea was to sneak a peek, without being noticed, so that the happy play could continue and thus extending our time of peace.
I slowly turned the knob and cracked the door.  As a slit in the door jamb expanded, I was blasted by an odor worse than death itself and struggled to remain conscious.  Through blurry, watery eyes that were struggling to adjust to the dim light, I saw something unexpected.  This little one year old girl was not wearing her footy jammies.  This little girl was not wearing her little white onesie.  My child was not wearing a diaper! Our one year old artist had painted her white crib brown! This little bundle of stinky joy was sucking her two favorite sucking fingers!
I had two words to express my response.  Number one, “Nasty!” …There could not be a second word because I had passed out before I could come up with one…technically…I probably didn’t faint…just wished I had.
After pinching myself in an attempt to wake up from the bad dream I was hoping I was experiencing, I raised up the courage to croak out the words, “Sarah!...Carissa needs you!”
We all need change in our lives at some point.  This little girl needed a diaper change…but she decided to make the changes that she wanted to make, on her own…it didn’t turn out so well.
Change will always lead to conflict.  If we resist it, we find conflict with those implementing it.  If we embrace it, we find conflict with those resisting it.  Not all changes are worth embracing.  Likewise, not all changes are worth resisting.
When Jesus came to this earth he brought with Him some changes.  These changes were not something that most people wanted to embrace.  Jesus brought truth and love to a world stuck in untruth and hate.  In John 15:18-16:4, Jesus tells his disciples, about how much the world will hate them because the world first hated Him.  The world hated Jesus because He revealed to the world, that the world was stuck in sin.  Jesus came to not only reveal the sin…but He came to take care of the sin.
When I stepped into my daughter’s room on that fateful day and turned on the light…the revelation of her filth came into the light.  Then my wife and I dealt with the filth.  We were not ok to let her continue in her filth, so we revealed it.  Certainly, she was too young to know that we were revealing her filth and dealing with it. But we were not.  When Jesus reveals to mankind…to the Jewish leaders…to his disciples…to us…the truth about ourselves…what will we do? Will we hate him? Or, will we embrace how he is trying to change us and deal with our sin?
It’s a battle between love and hate.
Posted by Pastor Ryan Olson at 5:47 PM No comments: