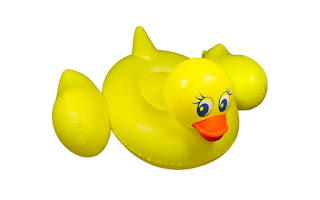 My wife and I celebrated our 20th Wedding Anniversary this past Wednesday. There are a vast number of great ideas on the internet as to how a couple could spend such a monumental event.  I considered several. One popular option is to go on a second honey moon…you know…back to those first days of the first year…for us that would have meant a trip to New Hampshire…on Lake Winnipesauke…looking for Dr. Leo Marvin.  But…Covid ended that.

I considered taking her on a cruise, after all, that is really what she wanted to do for our honey moon, but I was too cheap to take her.  But…Covid again put a stop to that.

Perhaps, a nice bed and breakfast up the coast of the North Shore of Lake Superior might be nice? Nope…Covid.

I even debated for a while about heading up to Lutsen, Minnesota to enjoy the many lodging amenities while I entered the Lutsen 99er bike race…yep…you guessed it…Covid.

So…we ended up going camping for a few days.  Nice you say??? Well…we brought the four children.  Who does that? Who brings their 4 children with them on their 20th anniversary getaway? Short answer…we do.

We arrived to the site on Tuesday.  The weather forecast was perfect…bright and sunny everyday and each day becoming warmer.  I lit a fire to cook our supper and just as the fire hit peak cooking potential our beautiful forecasted weather turned sour with an unexpected torrential down pour.  There is an equation that the Olson family has come to live by and trust. Olson + Camping = Rain.  Try it sometime…it appears to be a certainty.

On Wednesday, our official anniversary day, Sarah and I exchanged gifts.  We had agreed ahead of time to not exchange any gifts and both broke the rules. She gave me a nice package of Lindt Dark Chocolate Truffles.  I gave to her…an inflatable rubber duck pool floatie…hey after 20 years, a guy runs out of ideas. Next year, I think I will get her an electric air pump…my lungs and lips can’t take another inflating episode.

The children spent much of the three days fighting, attacking and criticizing each other.  Do you have any idea how exhausting it is to endure the never ending bickering? I think I would have been less exhausted with a 99 mile bike race.

Just when I think that I can’t take another minute of it…our children pulled out a small envelope.  The outside said “To: Mom and Dad, Happy Anniversary.” Upon opening the envelope, I pulled out the blue card that simply said “Just a little note,” with a single musical note near the writing; I opened the card and found a $20 bill and sweet words of encouragement from our children.

It nearly brought my wife and I to tears. I barely managed to squeak out the words, “But the campsite costs $28 per night,” before my wife of 20 years swiftly backhanded the wind out of me and prevented me from asking them for more money…after 20 years, she really knows me well.

Despite continually falling into my own lack of encouragement, I have become convinced, that a single word of encouragement can melt away countless burdens. Having children is great…but it is not easy…it is, astoundingly exhausting. Yet, in that one encouraging act…where my 4 children each contribute $5 for their mother and I to go out to eat…was one of the most uplifting and encouraging moments in my recent years.  We all need encouragement. Sometimes we are really good at giving it…sometimes not.  Sometimes we are really good at receiving it…sometimes not. God created us to need encouragement. Indeed, I believe that he created us to thrive on it. I would go so far as to say, that when we encourage one another…it points back to Him…because encouragement is in His nature.

Our world needs encouragement. We see the need all around us. People need to be encouraged. You need encouragement…I need encouragement. Acts 13:13-52, Paul and Barnabas enter a new city on their missionary journey.  When they arrive in the Synagogue the religious leaders ask them to “Share any words of encouragement” that they have for them. Paul shares the message of the Gospel.  The Gospel is THE and should be THE most singularly encouraging truth that this world has ever known or encountered.

Let me encourage you with this. Jesus is love and He loves you deeply and He has all of this stress that lies before us…already figured out.  That…is encouraging!

Posted by Pastor Ryan Olson at 11:08 AM No comments: 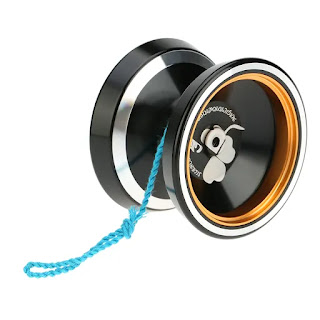 I watched it transpire from the living room window.  My wife was heading outside in the morning to water her potted plants. Despite our superlative abilities at killing any and all plant life, we continue to make efforts to better ourselves and the flowers that have been placed in our care sitting at our front door during this years’ growing season. Truth be told…we purchased them already potted…and have had to do nothing but water them.
As my wife stepped out into the humid Minnesota morning my son calls from the window…”Mom, would you grab my yo-yo from the van before you come in?”

It is shortly after this request that my son and I hear a squeal coming from the front yard.  “Aaah!...No!...Ahh!...Stop!...”  As we investigate out the window we see an incredibly large, mangy dog chasing my wife around the front yard.  The dog is stupidly smiling and panting with his tongue practically dragging on the dry brown grass, as he pursues my wife from one side of the vehicle to the other.

This dog looks BAD!...not angry, mean or vicious…just REALLY BAD!.  His hair appears to be shaggy and falling out in clumps…he looks desperately thirsty and longing for affection.

After seeing my son’s apparent disregard for his mother, I went down to the front door to engage the situation. I open the door and yell at the mangy beast, “No! Go Home!”  It is at this moment the 6 foot dog turns and bolts straight at me with his long tongue licking the sidewalk on the journey to the front door. “No!” I yell and quickly close the door nearly severing his large wet nose, just before he enters our home.

He turns back again to pursue my wife. “Isaac! Help!”

I open the door to attempt to re-engage…and again the dog turns.

We repeat this process until finally my wife makes a lap around the van…and sprints back to the house…yo-yo in hand. I open the door and let her streak inside and slam the door in the dog’s face. The unintelligent canine then turns and trots away.

Wow! Talk about centrally focused! In Acts 12 we find the establishment of the Church continuing to flourish, despite the persecution and challenges from Herod Agrippa and others. Yet, we find that the enemy of God will relentlessly continue his efforts to derail the growth of the Church.  Acts 13:1-12 clearly reveals this. The Church is moving with the central mission of Jesus Christ in mind and heart…to be His witnesses…to the entire world. The enemy…or mangy dogs…will try and distract us from the mission at hand. To be witnesses.

That IS the mission!

We do not need to over-complicate it.  We just need to stay true to it…to be centrally focused on it, just as Isaac was focused on his central mission of regaining control of his Yo-Yo.
Let us not be distracted by the mangy dogs of the enemy…and let us stay true to the mission of the Gospel…to make Christ known.

May we become centrally focused on Christ and his mission…while I try to help my son see that perhaps saving his mother may have been a loftier mission to attain…
Posted by Pastor Ryan Olson at 5:35 PM No comments: 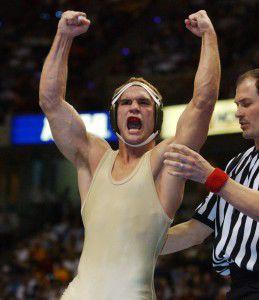 It was the winter of 1998.  My younger brother was a senior in High School and I was a second year junior in college.  I decided to take the five-year plan…after all…I was 22 years old…knew all that there was to know and had no ability to see that I would one day have to pay back these government subsidized loans.  Who knew that the government didn’t actually give out free money…they actually wanted it back???
My younger brother was wrestling in the Section 6A tournament, in which the top two finishers would advance to the State Tournament the following weekend.  The final round was about to begin.  Two mats were laid out side by side.  One mat would feature the championship matches and the other would host the 3rd place matches.  The seats were all filled as we awaited the beginning of the round.  It was incredibly exciting.
I couldn’t help but reflect on how just a few short years prior I had been wrestling in these rounds as well.  Oh, how I longed to get out there and show the people that I still had what it took to excel at the elite varsity level of High School.  I could feel my muscles tense…I became fidgety in my seat…finally I couldn’t stand it anymore.  With about 5 minutes before the start of the round I jumped up…grabbed my mother next to me…lifted her over my shoulder and strode to the center of one of the mats amid the sea of surrounding wrestling fans.  I gently laid her down in the center of the mat…put her on her back…and slapped the mat! I pinned her!  I jumped up in jubilation…raising my arms in celebration…I had done it!!!  I was the victor…I won! I am somebody!!!
“Ryan, what is wrong with you?” asked my red-faced mother.
It is difficult to tell if the redness was embarrassment or anger…or perhaps that the blood rushed to her head as I carried her nearly upside down out to the mat.
“What!?...I couldn’t help it!” I walked back to my seat and left her to humbly walk back to her seat alone.
Now that I think about it…my mother asked a pretty good question. “What “IS” wrong with me?”
Somewhere in life I have come to realize that I long to win…to be the victor…to be of value…to be important…to not be forgotten.  I have come to see that each of those desires revolves entirely around me.
I find that I am not that much different than Herod Agrippa…who had arrested and killed the Apostle James in Acts 12.  The people were thrilled with him. So, he arrested Peter to do the same. We find him in Acts 12:18-25, at the pinnacle of his popularity…he appears before the people glistening in the sun…almost godlike…basking in the people’s pleasure. When suddenly he dies and is eaten by worms.
Why?...because it is not about him. It is about the CREATOR of him.
Thank God…that it is not about me…because if it were…it would be all about some insecure, self-focused, has been, whose past keeps getting better as his age increases.
I am glad to serve a God who is Glorious.  So, I will strive to always give Him the Glory.  May you find yourself…seeing the Glory of God and making it all about HIM.
Posted by Pastor Ryan Olson at 1:16 PM No comments: