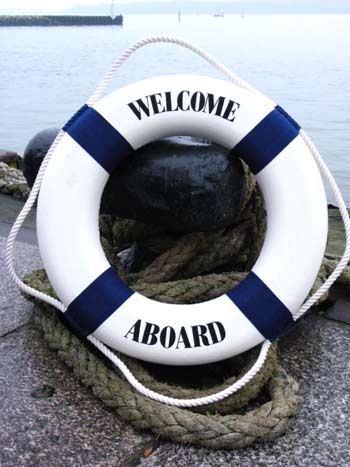 Each summer as a child, my parents would send my older brother and me off to camp.  It was not uncommon, at the same time, our aunt would send our cousin to Big Sandy Camp as well.  I have come to wonder, if it was, perhaps, a parental conspiracy between my dad and his sister to send us all off to camp at the same time to create “free” time in their homes.  I can’t imagine who would need “free” time from me??? Upon returning from camp, it was inevitable to learn that while we were gone to camp for the week, my parents and younger siblings…and potentially my aunt…would go out to eat at some fancy gourmet restaurant…like Hardees.  We always missed out on so much while at camp.  The consolation was…that we actually liked camp…in fact, we loved it.  This was back in the day when firearms were encouraged at camp and you could get marksmanship awards for how well you did on your targets.  I held to the secret belief, that if I could shoot the eye out of a chipmunk running across the range, I would be guaranteed to receive the highest honor.  Instead, I received a stiff reprimand from camp officials, and enough high fives and pats on the back from fellow campers that no marksmanship medal was necessary.

It was during one of these weeks at camp that I was first taught to juggle.  My teacher was Steve Guthormsen, he was my counselor for the week and juggler extraordinaire.  By the end of the week, I could take one ball…throw it up into the air…and catch it with my other hand.  The word “prodigy” never came out of Steve’s mouth…but I am pretty sure he was thinking it.  To this day…I can juggle just as well as I could that summer.

It was with this same counselor that I first learned to sail.  Each morning, every cabin would be assigned to a rotating activities center, one day it could be archery, one day the nature center, one day the rifle range…(though this seemed to usually go to girls’ cabins…I guess they felt that the girls needed more work on their shooting skills).

On this particular morning, our cabin was assigned to the waterfront.  This included anything and everything…but swimming.  You could play volleyball if you wanted…which nobody ever did. Most guys would take to the boats. I watched my cousin and older brother quickly run to a paddle boat and take to the lake. I watched others take out canoes, paddle boats and a variety of other floatable craft.  I stood there alone…well…almost alone.  Steve looked down at my fifth grade rejected self and asked…”Do you want to go sailing?”

I replied, “I guess…” in a flat, monotone voice.

He walked me over to a pink vessel hidden in the tall weeds and cattails. “Will this thing float?” I asked.

He pushed the formerly red sailboat into the water and said, “Here, you take the skeg.”

“Do you really know how to sail?”

“I think so…I have sailed before…but it’s been a while.“ He said.

We climbed into the vessel…Steve raised the mast and unfurled the sails.  He did some things with a number of ropes and strings and began to work the rudder.

“Shove the skeg through that slot in the floor now,” He said.

I pushed the flat fin into the floor. “It won’t go all the way in,” I said.

“Not a big deal…it’s enough”

“But water is coming into the boat…are we going to sink?”

I have to admit…for a juggling expert…he didn’t set my mind at ease.

However, before I knew it…we were moving.  The wind had filled the sails and the boat took off.  It was really quite the experience. It was as if the wind had suddenly grew hands and was carrying our small craft wherever it wanted to take us. As we approached the middle of the bay, Steve let down the sails and said…”Hmmm…now…how do we get back?”

Today I read, Acts 16:1-10, as I did so, I was reminded of my one and only time sailing.  I felt as if I had no choice in the direction that I was headed…and yet somehow, I knew that we were going in the direction that we needed to go.  The Scriptures use a word to describe the Holy Spirit.  In fact, it is the same word that is used for wind…and breath…and Spirit.  Pneuma. In this passage of Acts, we see how the Holy Spirit gives direction to Paul and his companions…like God’s breath against a sail.

As I look back on that experience with Steve, I don’t think he ever knew that God would use him to give me a lesson in the Holy Spirit that day. We don’t get to choose where the wind blows…but we do get to choose to allow it to take us.

May we all come to find the Spirit’s guidance in our everyday lives.  I believe that the winds are still blowing…perhaps we need to learn to let loose the sails.

But be aware…we may find ourselves in the middle of the bay thinking, “Now what?”

But sometimes…I think that is right where God wants us to be.

Posted by Pastor Ryan Olson at 1:56 PM No comments: 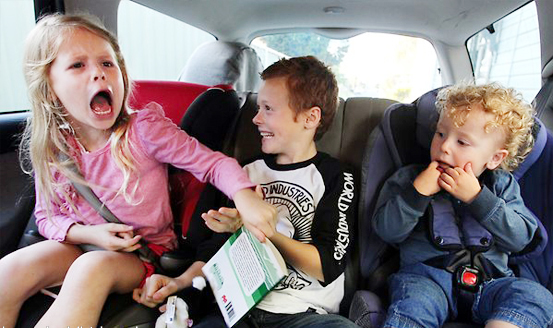 The conflicts between siblings have remained much the same through the generations.  “I call the front seat!”

“You always get the front seat!”

“So…that’s because I am older…”

“What about me?” says the youngest.

“What about you?” says everyone but the youngest.

My parents did their best to intercede in our sibling rivalries…but, now, as a parent, I realize there is no perfect solution…nor is there any solution.  If you are a parent and your children don’t fight…you may want to check their pulse…or see if they happen to be some futuristic android sent back in time from 2525….It could happen…if man is still alive.

“Do we have to talk about this during the Vikings game?”

My mother would frequently take a different approach.

“Ryan…did you kick you brother in the throat?”

“Oh…ok…I am sorry that your neck is so weak.”

“Ugh…fine…I am sorry you can’t breathe under water.”

Strangely…our parents must have done something right…or at the very least…so wrong, that the reverse psychology actually worked.

My brother and I had an incident recently.  That is not surprising.  We are both cut from the same stock and both tend to do things without thinking…however, what impacted me powerfully was his apology.  This is what he said, “I wanted to tell you that I would never purposely put you and your family at risk, but my poor decision did just that. I feel that I need to adequately apologize to you.  I am embarrassed and shameful of my poor action and for that I am sorry to you and your family.”

I don’t know if I have ever heard such a meaningful apology in my life…nor have I given one.  I read the apology to my family…in which I and my family fully accepted.  My brother’s humble course of action, blew me away.  If only I, and all of us, for that matter, could take such ownership as he did…then I would have to believe that the conflicts that we encounter would actually build our relationships rather than sever them.

In Acts 15:36-41, we come across a well know, but little talked about conflict between Paul and Barnabas.  These two Godly men have a sharp dispute, in which they actually go their separate ways for awhile.  Yet, if we read the entirety of the New Testament, we find that reconciliation takes place between these two men.  We are not given the details of how…but that is not as important as the fact that it happens.

May we find the ownership, responsibility and humility to reconcile our conflicts.  Jesus reconciled us to himself…it seems the least we can do…is be willing to reconcile with each other.

Posted by Pastor Ryan Olson at 2:46 PM No comments: