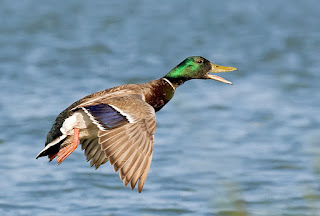 As often as I can, I like to ride my bicycle to the office in the mornings.  It’s really quite astounding as to how many treasures you find along the road.  If I chose to stop for every aluminum can, I’d bet that I’d have saved up $2 or more!!! Wow, right? I usually pass on the aluminum cans, but I’ve been known to stop and pick up, coins…lot’s of coins, paper money in the increments of $1, $5, $10 & $20!  I have stopped to pick up copper tubing, brass fittings, copper wire, scrap aluminum and lead wheel weights.  I take these treasures and recycle them for money!  People have called me cheap…can you believe it?  Cheap would be piling all of this stuff in my garage until I find time to strip the insulation off of every wire…I would prefer you not look inside my garage at this time…


This past week, while riding to the office, I was treated with a very unexpected treasure.  I was heading north on county road 76 when I encountered a raft of ducks…all mallards.  I came incredibly close to them before they took flight.  I was so close, in fact, that it felt that I could have easily have swatted one with my hand. (Why don’t you ever see that while hunting?)  As the flock took flight, directly over me, I was greeted with a nice blob of brown green excrement landing on my bare right leg…ummm….ewwww.  My first instinct was to wipe it off…but, then it would be all over my gloves….soooo….I kept on pedaling.  This little duck treasure mixed with my sweat and began sliding down my leg. Unsure how to best handle this, I pedaled faster, trying to get to the office to wash it off before this nastiness made it all the way down to my socks.


Fortunately, I made it, and was able to hobble into the bathroom to wash and scrub, and scrub some more, until I felt that my leg had been thoroughly cleaned.


It’s interesting to me…how appalled we can be with the nasty, yucky, icky things that we encounter physically…and truth be told, they are nasty, yucky and icky.  Yet, if we were to be honest with ourselves, some of the biggest yuck hasn’t been duck poo on my leg…rather, it’s something on the inside. 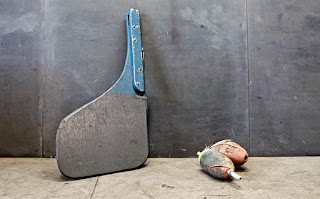 As I stepped outside of the house to take my oldest daughter to the middle school, I found the windshield of my truck covered with ice…not frost…ice.  I came to realize…summer is over.  I know…fifty percent of you are in denial that summer is really over and the other fifty percent are embracing the fall (hunting season!).  The reality of it is, that it happens every year.  In fact, there are years where the end of summer seems to take place in August.  Fortunately, this year, the bite of cooler weather at least waited until mid-September.  Fret not; I am sure that we will have some more warm weather days to come…you can put as much confidence in my words as that of  our Minnesota Meteorologists, Sven Sundgaard, Chris Shafer, Belinda Jenson, or Ken Barlow…(no offense intended for any of the fore-mentioned).


This past summer has left me with many fond memories.  Memories like going to a Minnesota Twins game with my father and my son, watching my 9 year old daughter catch a 19” bass on the Mississippi River, taking our first ever family camping trip…we drove the entire 0.8 miles to Charles Lindbergh State Park and stayed in a tent…all in the same tent…all six of us…one tent…seriously! Can you believe it?...I’ll tell you this…I definitely didn’t get cold.  I also remember the countless hours our family spent lakeside with family and friends.


In July, we were visiting a family from the church, at their lake cabin, on a Sunday afternoon.  We spent the day on the water, swimming, paddle boarding, tubing, pontooning, (that’s not really a word…don’t bother looking it up)…and of course, attempting to paddle boat.  As we arrived, the first thing our two youngest daughters, ages 9 and 6, did was run into the paddle boat and beg for a chance to go.  Our friend, Kevin, already in grandfather mode, helped the girls in and set them adrift to paddle into the windy, blue, white capped waters of Crookneck Lake.


The girls paddled excitedly, yet uncontrollably.  They paddled hard with their feet and struggled to learn to steer.  To no avail, Kevin and I both called out words of encouragement and instruction as to how to control the small watercraft.  Eventually, it became evident that our efforts were useless.  All the two young girls had done was nothing but spin in circles, while the wind continued to blow them to the east and into a tree near a small dock against the shore.  I scurried across the shoreline…tied the hapless craft to the dock, where it sat, until, their older brother decided to show them how it was done.  My son, (their older brother, age 10) taking sole command of the vessel, untied the boat and paddled out into the wavy water...where he too found himself doing nothing but spinning in formless circles, entirely without control.


We came to finally suspect that something was wrong.  We coached my son to hop from seat to seat, pedaling in different positions, to get the wayward frigate back to shore by leaning one way and then another, to prevent the continuing circles of death.


We threw him the rope, and were able to secure the barge to the dock.  We inspected the boat to find…there was no rudder.  Somehow…at sometime…the rudder had fallen off into the depths of Crookneck Lake.  I was reminded what James 3:4-6 says, “…take ships as an example. Although they are so large and are driven by strong winds, they are steered by a very small rudder wherever the pilot wants to go. Likewise, the tongue is a small part of the body, but it makes great boasts. Consider what a great forest is set on fire by a small spark. The tongue also is a fire, a world of evil among the parts of the body. It corrupts the whole body, sets the whole course of one’s life on fire, and is itself set on fire by hell.”


I cannot tell you, how many times, I have observed people use words to cut others down.  There is no place for that in the church.  Jesus says that “…everyone will know that you are my disciples, if you love one another” (John 13:35).  A tiny thing like the tongue can steer our lives toward love…or can lead our lives to be a circle of death.  Let’s use our tongues to bring life…and not death.
Posted by Pastor Ryan Olson at 5:11 AM No comments: 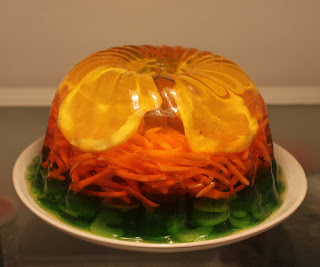 You ever get the feeling like you don’t belong?  You know like when you walk into an empty restroom at the mall, when suddenly you find your self six strides into the room, only to realize…”why are there no urinals in here?”  You’d like to turn and run without being noticed but as you turn, you see the inevitable angry eyed woman glaring at you from the door that she has just entered…


When it comes to belonging…there are times when I (and likely all of us) feel like that proverbial “square peg, in a round hole.”


Times like getting picked last for teams in gym class, or times when you are trying to engage in a conversation and you find yourself closed off by the conversationalists…I usually just assume it’s because of my bad breath that they don’t want to talk to me…so instead of getting upset or feeling bad…I just go eat a garlic breadstick or broccoli, or radishes (they both give me nasty burps…but they taste so good!) from the buffet table and try my luck elsewhere…usually with the same result.


When it comes to belonging…it can feel like vegetable Jell-O…it just doesn’t fit.


Yet, what I find fascinating…is that we can take people…my wife and I for example.  We are opposites.  Sure we have some things in common.  We are both SUPER athletic, and even MORE humble.  We have our faith in common…but we have so many things that are just contrasting.  Such as, she is organized…I am not as organized…like…not organized.  She likes to be planned out…and I like to take things as they come.  I like watching super hero movies…she likes sleeping through super hero movies…ok…so how do you fall asleep when the Incredible Hulk is eating helicopters like chocolate covered grass hoppers.  Yet…we work well together.


The point is…though we are different…it works.  In Ephesians 2:11-22, Paul paints this picture of how each person who has said yes to Jesus…become one.  One church. One Body.  Unified.  What would it look like if God's people were unified...if the church…was unified.

Posted by Pastor Ryan Olson at 9:18 PM No comments: 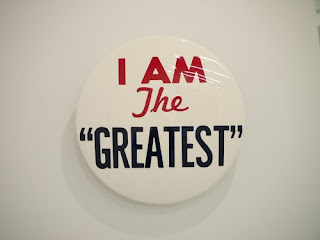 There has been a lot of talk over the last few years about who is the greatest NBA player of all time.  Some hold to Michael Jordan, while a younger generation seems to gravitate toward LaBron James.  In fact, I believe that there are some who could put together a strong argument for Wilt Chamberlin.  Truth be told, I think it’s none of the above…I’d put my money on Bugs Bunny.  Truth, truth be told…I don’t really care.  Basketball and I go together about as well as the Wicked Witch of the West and swimming.  To me “dunking” is something I do in my coffee,  “dribbling” is what I sometimes do on my shirt while sipping on an iced mocha during a long road trip, and rebounding is what happened after a Jr. High breakup…I cannot say that I have ever had a “Jr. High Break Up”…though I had plenty of “break outs!”

We deem a lot of things to be great, i.e. Wayne Gretzky is known as “The Great One.”  I asked my wife during these past Olympic Games in Rio…will records ever cease to be broken?  For example: It was believed that Michael Johnson’s 200m dash record would never be broken…Well, Usain Bolt proved that wrong.  It has now been said that Usain Bolt’s records in both the 100m dash and 200m dash records will never be broken…we’ll see.  Katie Ledecky’s 800m freestyle world record was phenomenal…when will it stop…who will eventually be THE GREATEST?

I find it fascinating that everything that we encounter in this world…even the greatest experiences of our lives…fall under the greatest thing/person/picture ever.  Eph. 1:15-23, leads us into this imagery of who Christ is.  How he has been exalted to the “highest” place…to the right hand of the father…and how “everything” has been placed “under” his feet.  He is the greatest.  What is perhaps even more astounding…is that Jesus Christ in all of His greatness…gives it “all” to us.

If you are looking for something that is truly great…there you have it.
Posted by Pastor Ryan Olson at 12:56 PM No comments: