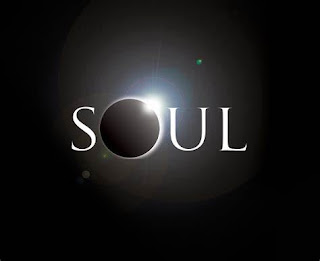 About a year ago, my dad bought himself a Harley Davidson.  He has owned many motorcycles in his life, but never a Harley.  I recall him day dreaming about Harleys when I was a child. Well…he finally pulled the trigger.  There are certain possessions or experiences that can make people…well, how should I say it…weird.  The first time I saw the Harley in person was when my parents came to visit us one night last summer.  Both of my parents have lived more than 6 decades and yet…this experience seem to throw them back into the teenage years that they never quite out grew.  My parents arrived in their leather chaps, sunglasses and bandannas like the young characters out of easy rider…minus the red, white and blue helmet.

The biggest tell in their regression toward the nether regions of their youth was when they saddled up to leave…my dad fired the twin cylinder engine and my mother held two fingers out in a “v” formation, and said… “Peace.”

Sure could use some of that right now, huh? It’s fascinating to consider the time in our nation’s history when those two fingers first came into prominence…the 1960’s.  The nation was filled with tie dye shirts, bell bottoms and tiny round John Lennon glasses. Peace was all around…kind of.  The nation was at war, the civil rights movement was in full swing and the drug culture was expanding greatly, and people were calling for peace.

In Acts 9:31-43, we find the New Testament Church is experiencing “a time of peace.” What does that mean? It is really interesting, because in this passage we actually find; sickness, death and mourning.  Yet, upon deeper reflection…what we see is that the followers of Christ were free to live in peace…because the peace giver was living within them.  They lived freely…because peace had been freely given. They still encountered death and dying…but they also encountered life, love and peace.

May the Lord grant you deep, inner soul peace as you rely on Him…lean into Him…and let His loving and peaceful arms wrap around you.

It’s band concert season again.  It kicked off last Monday with the 42nd Annual Massed Band Concert at the Little Falls Community High School.  This is the concert where all of the bands from 5th grade up through high school, gather to play 4 songs together.  When you have 400+ students playing their instruments…you also have the parents, grandparents, sisters, brothers, neighbors, and teachers of these students, gathering to hear the music.  1,200 people sitting on each others’ laps raising the room temperature to 98.6 degrees and sharing air and breath mints.

To entertain myself in the down time, I like to wave at my children and other children I know in the band.  To do this, I raise my arm as high and as straight as I can, and then flutter my wrist so that my hand flaps wildly at my children whom I love…to torture.  I have vowed to continue this motion until my children wave back at me.  Then, I move on to the next child…one by one, until they return the wave.  I may, then, turn my attention to other students that I know…I wave until they wave back.

After this years’ concert, my 8th grade son told me a story.  As he sat in the regrouped massed band, next to a senior, baritone saxophonist, he heard the upper classmen say… “Hey did you see that crazy dad waving at his kids in the band?...That guy is weird…funny…but weird.”

Our world is currently entrenched in fear of Covid-19…and honestly…I get it…I find myself fighting the urge to conform to the fear.  But I refuse…I fight, to refuse.  It is not easy.  This does not mean that I have not and will not continue to wash my hands vigorously and perhaps avoid touching things or even shaking hands.  But, I refuse to allow fear to affect the peculiar way I may love and care for people.  I may not shake your hand…but perhaps greet you in another way…like giving you a roll of toilet paper in the name of Jesus.

As followers of Christ we need to be both wise…and loving…both sensible and caring…both discerning and faithful.  We are to share the love of Christ…with or without toilet paper.

Posted by Pastor Ryan Olson at 12:59 PM No comments: 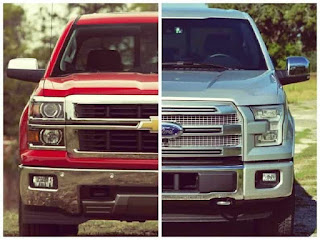 We all have a plethora of opinions that we hold to…there may be differences, however, in the way that some people choose to share…or not share these opinions.  Often our opinions and beliefs are rock solid…unchanging…etched in stone, like the Est. 1890 cornerstone on the historic courthouse in Little Falls, MN, that may or may not exist.  Let’s be honest…how many of us are actually swayed by political debates?  Most of us have already chosen our favorites…then we just sit on our sofas, eating nachos, while rooting for our debater to score a touchdown.  Are we swayed by the arguments of others?...Doubtful.

As I was growing up through Jr. High and High School, I was adamant that there was only one automobile manufacturer worth their salt.  General Motors. The rationale was simple…two reasons. 1. Chevrolet’s wide ability of interchangeable parts.  You could take an engine from a 1968 Camaro and drop it into a 1978 Silverado.  Everything fit…without the temptation of excessive creative language. (Truth be told…Ford was probably the same…but I insisted that they were not). 2. General Motors is what my dad drove and swore by…thus by default…I was also adamantly loyal to General Motors.

In college, I would often spend my time helping people out with car problems that they were experiencing in the campus parking lot.  I replaced alternators, starters, radiator hoses, thermostats, changed oil, shocks, head gaskets, mufflers, oxygen sensors…and many more I do not even recall.  On one such occasion my bald headed friend Geno called and gave me an offer that I could not refuse.  “My Ford Ranger won’t start…I want you to fix it or I will remove your eyeballs.” Geno was on the football team.

I braved the snow and cold and began to work on Geno’s Ford Ranger.  It was the starter.  I already had a predisposed disgust of Fords and my frozen fingers were not aiding in building any affinity. I banged my head 3 or more times on the frame of the Ranger and Geno’s truck likely still has some of my frozen knuckle flesh left stuck to the bell housing. I finished the job and went back to my dorm room to thaw. The next morning, when I woke, I could not move my neck…like at all. I went to the doctor so that he could tell me that I was dying of Menegitis…instead he said it might be cancer.  “Go home and take this Vicodin…and if you are alive in 24 hours you will be ok.”

It was neither of those illnesses.  I am convinced that it was the curse of the Ford.

Fast forward 4 years.  I married a beautiful girl from the Detroit area whose dad was a Ford Engineer for 30+ years.  This was an interesting twist in my life.  One of the first things I did after we were married was went out and bought a Ford Ranger.  What can I say…I had a change of heart…I was converted.

In Acts 9:1-19, we find perhaps the most incredible conversion recorded in the history of mankind.  Here we find a man, Saul, who was actively involved in the destruction of the church and the Christians that were following Christ that were establishing it.  Saul was involved in the plans to destroy the followers of Christ…to the point of murdering them. This is perhaps the greatest enemy of God, who is fully converted into the fold.  Saul…the arrestor of Christians…becomes himself…arrested…by the incredible grace from the very one he is persecuting…Jesus Christ.

Posted by Pastor Ryan Olson at 8:25 AM No comments: