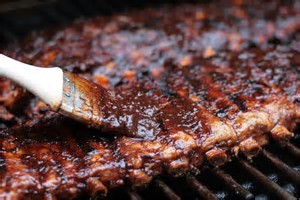 It was just over four weeks ago, that I was riding my bicycle on a wooded trail in the early morning darkness, when I fell.  I have a nice bright headlight, so I saw the mud coming, however, as I veered left to avoid the deepest portion of sludge, I kept my center of gravity too high and my rear wheel washed out, and down I went.  My body landed hard on my left side and a protruding tree root caught me in square in the ribs.  Ughh! I laid there for a few moments…in the mud…groaning loudly and trying to catch the wind that had been knocked out of my chest.  I got up…and while in considerable pain…I finished the ride.
For weeks now I have been trying to kill the pain of my broken ribs.  (I self diagnosed the injury.  It is a lot cheaper if I just decide what the injury is, rather than going in to visit a doctor and have x-rays done and then have them send me home saying…”yep you broke some ribs…take it easy…there is nothing we can do.”  So in this case, I decided that my ribs are broken.  I then self prescribed 800mg of ibuprofen every 6 hours to keep the pain at bay).  It would really only hurt when I would touch it…or when I would breathe…or cough…or twist…or raise my hands…or lie down…or stand up…or get dressed…or move in general…other than that, I hardly noticed anything different.

The bottom line is…we don’t like discomfort.  When we feel discomfort…we medicate.  We take pain killers for physical pain.  We may even turn to other drugs or alcohol for emotional pain, we may turn to the internet…facebook…or pornography…for the pain of loneliness.  Perhaps we even turn to business, to prevent our minds from having to engage the uncomfortable thoughts of life, such as the pain of loss.  In any case, our goal often becomes, not the pursuit of “real life,” but rather, a “comfortable existence.”

Jesus however, has offered us something so much more than mere comfort.  He has created an opportunity for life…real life!  There is a story of a man in the New Testament, names Lazarus, who became sick and died.  Jesus went to his tomb…4 days after he died…that smell must have been atrocious! Lazarus was sick…likely not comfortable.  His sisters, Mary and Martha, were heartbroken and in great emotional pain.  Jesus raises Lazarus from the dead.  It was just a few days after this miracle, that Jesus raised Himself from the grave.  Through Jesus’ resurrection…we too are being offered life.  Lazarus became alive again.  Jesus became alive again.  We can be made alive again. (John 11, John 20, Ephesians 2)