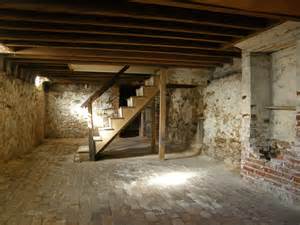 It is possible, that I was the meanest and most sadistic older brother a little sister could ever have had.  I internally found great satisfaction to tormenting and controlling my siblings.  Though I was only the second oldest, I grew at a faster rate than my older brother, so I inherited the title of King Brother…self titled…self appointed…and humble too.
If my little brother was sitting where I wanted to sit…I would throw him out of the seat…and take it for myself.  He would scream and attack me with arms flailing…and I would shove him away with my foot to his face or throw him down and sit on him until mom would get fed up with it and yell at me to get off of him.  “What!?...He started it!...He was sitting in the seat that I wanted to sit in!”
My older brother and I didn’t fight as often…I think it had to do with his “ok, whatever” personality.  It was rare that he would speak up and actually challenge me…and when he did…he usually had a big piece of wood in his hands and he’d use it with unfortunate precision.
My sister probably received the worst of it.  I frequently would…”accidentally”…hold her head under water.  Not long enough to do any real damage…just long enough to make her cry…see?...I’m not so bad.  I wouldn’t resort to physical attack with her, like I did with my brothers…rather, for her…it was developing some mental anguish.
I would convince the poor girl that our house was built on a graveyard and that spooky skeletons would come out of the basement and attack her…and then, I would lock her in the basement…the dark basement…of which the light bulbs had been loosened so as not to turn on.  I remember sitting there…holding the basement door tight…listening to her scream and cry on the other side of the door.  After a while, my emotions would get the best of me…and I would laugh.  There was only one way into the basement…and one way out of the basement…and it was through me…I controlled the door!
Wow! I am so sorry sister!!! I was such a jerk.
Fortunately for me…I have a very gracious sister and she now laughs at the stories…and has forgiven me…I think.
In John chapter 10, Jesus shares a metaphor about shepherds.  He says that there are some bad shepherds who have mislead and treated his “sheep”…the Israelites…harshly.  He tells us how they don’t care about the “sheep” at all…instead, they care only for themselves.
Jesus then refers to himself as the “Good Shepherd”…the kind of man who cares for the well being of his sheep…who protects them…loves them.  He then also talks about how we are invited to be his sheep…and that there is ONLY one way to be a part of his “flock”…and it is through him.
I was a BAD brother…like these bad shepherds…and likewise…I was a BAD gatekeeper…
Jesus tells us that he cares for us so much…that he is actually willing to lay down his life for us…his sheep.  Not only is Jesus “willing” to lay down his life…but he actually did it.
He laid down his life.
Instead of holding the door closed…He opened it.
Instead of locking us up in fear and sin…he frees us.
We have a Good Shepherd.
The sheep…just need to listen for his call…and then follow him.
Posted by Pastor Ryan Olson at 5:56 PM