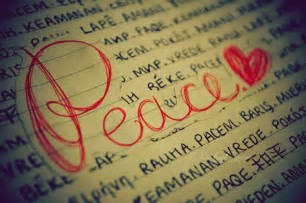 My parents were good parents.  They would often take my brother and me to fun and exciting places… like “their” friend’s house, where they needed to “drop something off quick.”  My brother and I would wait in the car for them…and wait for them…and wait…for…them.  One time, my dad and his friend were standing in front of the car talking…and talking…and…talking.  No six year old boy wants to wait in a car and “watch” their dad talk to his friend for hours (probably 10 minutes…but it felt like hours).  As time would go on, my brother and I would get antsy.  On this particular day, I began to “fiddle” with the shifter.  This turned out to be a great lesson in physics and gravity, because as soon as the shifter slid into the “N” slot…I watched my dad and his friend become very wide eyed as the car began to roll down the hill toward them!  It is fortunate that at the age of six my dad was still only 27, so he had plenty of athleticism to jump out of the way and run after the car to jump in and hit the brake.
There was another exciting time when our mother took my brother and me to the local Catholic Church Carnival.  Here, they have all kinds of exciting games to play like…spin the wheel (at our young ages, spin the bottle would have been very inappropriate) and pop the balloon with a dart…yep…REAL darts!...with dangerous sharp metal points. This was at a time in history when you could still buy “Lawn Darts” at your local Pamida…which we all know now are very dangerous and very bad for you...and you should not make your own at home.
One of our favorite games at the carnival was the “fishing game.”  In this great game of skill…you would pick up a broom stick, which had a string tied to the end.  The string then extended down to a Land O Lakes ice cream pale.  The game player would then need to raise the broom stick with a bucket over a blue curtain (the blue curtain is symbolic of “water” in this story).  Once the game player felt a tug on the line…that person would again raise the stick and bucket back to their own side of the curtain and see what they “caught.”  My brother was the first to go…when he pulled his “fish” in…it came in the form of this really cool plastic frog that when you pushed down on the frog’s “backside” it would flip forward and hop across the floor.
I couldn’t wait for my turn!  I was bursting with anticipation!
I raised the stick…the bucket went over the curtain…I felt the tug!  I pulled the bucket back over!!!
Wait…what is this?
This is not a hopping frog…or a police badge…or a spooky spider ring…
This…is…a…barrette!!!  A HAIR CLIP!
Perhaps I neglected to share with you how my long haired, hippie parents had yet to cut their six year old son’s hair…EVER!!!
So much for anticipation!
I remember many Christmas gifts as a child. I remember the anticipation.  I remember in many cases having my anticipation being rewarded with exciting gifts that were exactly what I had hoped for.  I remember others when my anticipation was left stuck halfway down my throat as I attempted to croak out a “thank you” for this green worm windup toy from one of my aunts, (to remain nameless)…it’s just what a twelve year old hopes for…apparently sometimes our family members, who live long distances away and have not seen us in 8 years, think that time stops while they have been away.
I find Christmas to be a time filled with more moments of anticipation for me than any other time of year.  Yet, what I come to anticipate, looks much different now than it did when I was a child.  As I look to Christmas, I find myself looking forward to some times of quiet…rest…peace.
This causes me to reflect on what the angels told those shepherds on that first Christmas night in Luke 2:13-14…”Glory to God in the highest…and on earth PEACE, on whom his favor rests.”  I am coming to learn…where God’s saving power is displayed, his Glory is revealed…and, Peace comes when a relationship with that God of salvation is made right.  Jesus is the only way that relationship can be made right.
I hope that you will anticipate…and find…PEACE this Christmas.
Posted by Pastor Ryan Olson at 9:01 AM