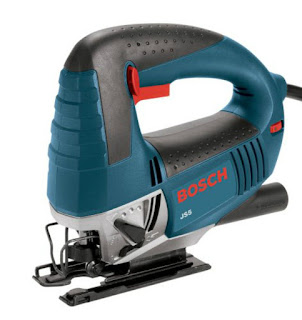 Just out of High School, I got a job with a local construction company, Mark Stone Construction.  My first day on the job was the first Monday after graduation.  As a senior in High School, I had spent much of my class time in the woodshop, taking such classes as Small Building Construction, Advanced Woods, Independent Woodworking, even taking an Applied Sociology in Woodworking.  It was through this vast experience that my woodworking teacher recommended me to my soon to be new boss…Mark Stone.

I got out of my car and looked around for my new boss.  When I found him he asked, “Where are your tools?”

“Tools?” I thought…“I am 18 years old…I can’t afford tools.” But rather than confess my current state of financial unrest I said…“I left them at home.”

“Ha ha…showing up to your first day without tools…ha ha!...Well, you will have to borrow some from the truck…where is your tool belt?”

“Ummm….I left it in my locker at school.” This was true…don’t ask why…but it was.

“Ha ha!...no tools!…no belt!…Ha ha!...Well you better go and get it…you can take one of the trucks.  While you are out I want you to pick up a router from the shop and some donuts from the Super Value.”

I ran and hopped into the truck and quickly sped off.  I had no idea that a saber saw was sitting on top of the side mounted tool cabinet of the truck.  I bounced along the road, heading to the high school to pick up my tool belt.  From there, I went to the shop and picked up the router, and then on to get the donuts.  As I was backing out of the parking space, I bumped into the bumper of a car behind me….this was not going well…the owner of the other vehicle saw no damage and bid me good day.  Yet, as I was pulling away I hear the man yell at me…“Hey wait you have a saber…”  I never heard the rest of his sentence as I took off again trying to make up for the embarrassment of lost time. Bedsides…I knew full well I didn’t have a sword of any kind in my possession.

I arrived back to the worksite to a crew of men, who stood in a group, awaiting my arrival. I hopped out of the vehicle ready to receive their praise for bringing the donuts…and maybe a financial reimbursement for my expenses…which I never received.  However, instead of cheers for bismarks and fritters…I hear them utter words like…“Unbelievable”…“Wow!”…”I can’t believe it is still there!”

The boss walked up to me.  I expected him to relieve me of the box of pastries…but instead he walked to the truck…pulled the saber saw from the top tool cabinet and said…“When you leave in a company truck…you will take the time to close up the truck…and remove any tools that may be sitting in precarious positions of potential destruction.  Whose name is on the side of that truck?”

“The work that we do…reflects on my name…Do you understand?”

In Acts chapter 3, we find a powerful story, where Peter and John are walking into the temple courts and come upon a crippled man who is begging the gate.  Peter, looks down at the man sitting there and says, “I don’t have any money,” (my 18 year old self could relate), “but what I do have, I will give you…be healed in the Name of Jesus…get up and walk.” Immediately the man is healed!

Sometimes we have taken this phase, “in the Name of Jesus,” as some kind of magic spell that empowers us to do miraculous things just by saying the phrase.  I think we miss the beauty of this phrase if our understanding stops there.  Certainly there is power in the Name of Jesus, but the power is NEVER ours…it is ALWAYS His.  When Peter heals this beggar, he is giving him a gift.  I think if there was a label on that gift it would read…To: Crippled Beggar Man.  From: Jesus.

That is the Name.  The gift was given…in Jesus’ Name.  Peter was a mere messenger…but the gift…was a gift that Jesus gave…through his messenger.

May we come to understand that there is power in the Name of Jesus…and we are invited to represent the Name of Christ in all we do.