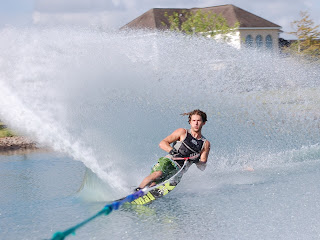 Reflecting back on the recent July 4th weekend I have come to realize that there are many dangers that can arise during these holiday weekends.

Just to name a few.

Back in high school and college, my brothers and I used to do a fair bit of waterskiing.  Incidentally…it is a lot easier to stay above water on Minnesota lakes…in the winter…though the boat goes much slower. We were not great water-skiers…but we weren’t bad.

Thus, every year, if I can, I like to try and go once a summer. Unfortunately, I have not had the opportunity for the past two summers, but during this recent holiday weekend my opportunity arose when my brother brought his boat up to my parents’ lake cabin for the weekend. I have come to learn that I pretty much have ONE chance to get out of the water.  If I fail…you can just about stick a fork in me because I am DONE! I intentionally waited until evening when the water was calm and there was less activity on the water…then I went out.  I put the ski on my left foot as I have always done and dropped into the water.  I took hold of the rope in my hands with my usual cross grip and gave my brother the green light to hit the throttle.  Piece of cake…I drug a short distance and was just pulling out of the water when the tow-rope handle snapped in two.  I would like to think that the handle must have been in a weakened state…as opposed to any increase in size since my last skiing endeavor…but only God really knows that.

As I sank back into the water…I pretty much knew it was over as I felt my left hamstring lock up and say things to me like…”I hate you! I hate you! Why are you doing this to me?”

As my brother circled around with the broken rope, I took the two broken handles…one in each hand and said, “Let’s try this again.”

“No.” My hamstring said.

Attempt number two brought in the same result, the handle broke again, only this time a part of which remained in my hand. Failed.

I should have stopped there.  But I didn’t.  My pride would not let me. We went and borrowed a neighbor’s tow rope and went back out. If my hamstring would have had arms…I am quite certain that it would have been punching me in the face saying, “Stop! Stop! Listen to me! You are going to regret this!”

“Quiet you!...What do you know? You are just a hamstring!”

I managed to get out of the water 3 different times…but because of the incredible weakened state of my left hamstring…all I could do was skim across the water on my one ski and backside, screaming, “Stand up! Stand up! You wimpy foolish hamstring!”

“No way! I am not going to do it.” The selfish muscle replied.

No matter what I tried…I had no strength left in the left leg…to simply stand up on the ski. Finally…with my pride crushed and my tail between my legs…I quit.

“I told you so.” said my hamstring.

I came to realize…that in some ways…my time has passed. However, an interesting contrast to the weekend, I that I was able to help my son learn to water-ski for the first time.

I am reminded of how the old passes on to the new.  The old does not become invalid or worthless…but rather has its purpose fulfilled in the new.  Much like how God’s Old Covenant with Moses…pointed to…the New Covenant of Christ.  The Old Covenant…did not become invalid…or no longer valuable…on the contrary…it was fulfilled with the coming of the New Covenant.  Certainly, we are no longer “ruled” by the Old Covenant…now we are driven by the New Covenant…a covenant of grace! In Acts 15, we find this very topic coming to the forefront of the New Testament Church…and the Jewish Council.  They must find the truth for themselves…did Jesus come to abolish the Law…or to fulfill it? What does fulfilling the Law even mean?

How does the Old point to the New…and how does the New gain strength from the Old? Great questions to wrestle with.