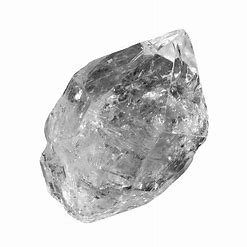 College can be expensive, that is, unless you happen to have the crazy athletic skills of Michael Johnson, or the mental capacity of Nickola Tesla, in which you earn a scholarship that pays the entirety of your education. However, this was not my case.  I worked my way through college…by delivering pizzas…and being hired around campus as the “go-to auto repair technician.”  I did not have a degree…or any official training in automotive repair…although, I did take a graphics design class where I learned the skills to put together an uncertified document that suggested otherwise.

The reason that I knew so much about auto repair was due to the fact that I had daily opportunity to practice on my own vehicles.  In the parking lot of Crown College, in St. Bonifacius, Minnesota, I took to tackling such jobs as replacing brakes, radiator hoses, alternators, starters, batteries, intake manifolds, mufflers, coil changes, and even rebuilding a set of struts on a 1985 Toyota Celica.

“Hey buddy! I need you to move that car…I need to plow the snow!”

“Ummm…yeah…that is going to be a problem…you see…the front end has been removed.”

He proceeded to plow me in…which in truth gave me plenty of time to finish the job, since the snow wouldn’t melt until April.

I received an emergency call early one Saturday morning.

“Ryan!...This is Clear Quartz”…(this is an entirely made up name…to protect both the innocent and the guilty…but a moderately trained geologist…may figure it out). “I need your help.  My Chevy Blazer is stalled on Hwy. 5 in Eden Prairie.  I called my dad and he is renting a trailer and driving 3 hours from Marshfield, Wisconsin to trailer it home and take a look at it.  I need you to find some friends and then push the Blazer onto the trailer.”

“No…He is already on his way.”

I wrangled a crew of football loving, non-studying college students, and we arrived at the vehicle…just as her dad was pulling in front of the Blazer and backing the trailer into place.  After, some heartfelt greetings and firm handshakes…Mr. Young Fruit (also an entirely made up name that perhaps only a botanist could decipher) popped the hood of the vehicle…asked for his daughters keys…placed the keys into the ignition and sat there briefly before walking to the rear of the vehicle.  He placed one foot on the rear bumper and began bouncing the vehicle up and down while placing his ear near the fuel cap.

“When is the last time you got gas?” He asked his daughter.

It was at this point that Clear Quartz went pale as crystal.  Her only response…was to burst into tears and cry…“Oh Dad! I am so sorry!”

Mr. Young Fruit handed me a $20 bill and said, “Take your boys out for some burgers.” I tried to refuse the cash, only to have him threaten to tie me to the trailer…drag me back to Marshfield…and then force me to walk home.

“Yes, sir,” I replied…and then walked away.

We left Clear Quartz and Mr. Young Fruit to work things out while we ate double, quarter pounders with cheese.

We find an interesting contrast in Acts 18:18-19:22.  Here we find 3 accounts of people living without the power of the Holy Spirit.  Some even believe in Jesus.  They know about Him…but they don’t know Him.  They don’t know His grace, they don’t know His salvation…they don’t truly know the Gospel.  May we find the crystal clear truth…the Gospel of Grace and worship the Giver of that Gospel.

Posted by Pastor Ryan Olson at 7:55 AM