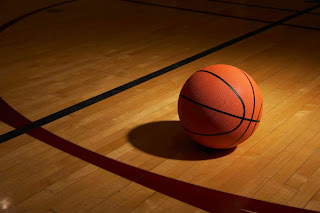 These are the words that I decried from the top row of the bleachers at one of my son’s recent basketball games.  I called it out with confidence…though if I am to be entirely transparent…I wouldn’t really know a basketball foul if it bit me in the nose.

I grew up as a wrestler…and I consider myself to still be a wrestler…at least at heart…though, if I tried wrestling  now, I would find myself out of breath and in immobilizing muscular pain for 3 ½ weeks. After my son’s recent game I gave him some worthwhile advice.  I instructed, “If you take your left foot and plant it firmly behind his right foot…extend your left arm in front and just above his waist…and then turn your hips counter clockwise…he will end up on the floor, sitting suddenly on his backside.”

“Dad…I am not sure that is legal…”

“It is in wrestling…in fact…you get two points for it!”

Despite my obvious lack of any basketball knowledge there are a few things that I have learned along the way.

1.      You are not allowed to push…that is called a foul…yet you ARE allowed to tackle…as long as you are going for the “ball”…which results in a “jump ball.”  That one confuses me.

2.      You are not allowed to take any steps when holding the basketball…you may however, take steps as long as you are bouncing the ball as you move…this is called dribbling.  An additional rule allows the holder of the ball to run to the basket…if they can do it in less than 3 steps…and throw the ball into the air near the basket.  It is irrelevant as to whether the ball goes into the basket or not.  That one also confuses me.

3.      Each fan (including myself) believes that they are always right…and that uncalled fouls are an act of injustice.

4.      Officials may or may not have trouble with their eyesight.

We have all experienced injustice in our lives.  Some of it is as superficial as the example just given…or as superficial as the injustice that Minnesotans must endure 10 consecutive days of sub-zero weather. It is certainly a unique thing to experience the celebration of the day when the thermometer finally says 1°F.  I suppose Floridians also suffer injustices by enduring at least one hurricane each summer.  Though both of these prior examples are superficial…if given the choice…I choose the cold.

There are much deeper sufferings of injustice as well…some even unspeakable.  We find injustice in human sex trafficking, theft, government corruption, murder…the list goes on and on.

We are human beings…and by nature we don’t like to be wronged, disrespected, undermined or taunted. We don’t like to be robbed, abused or cheated. When we are…we want justice…and rightly so.  When we read the scriptures we see that the Lord guarantees justice, (in His timing….”vengeance is mine says the Lord)…yet He also promises suffering.  I don’t know what you have suffered.  I feel that most people have probably suffered more than I have…although it does appear that arthritis is becoming an issue for me.  However, whether you have suffered much…or very little…here is what the Bible promises…we will suffer for Christ…and HE will administer the justice.  We don’t get to choose when…or how…but He does.  Those of us who believe…and overcome…are promised exoneration…with a little white stone…and a new name. Read about it yourself in Revelation 2:8-17.