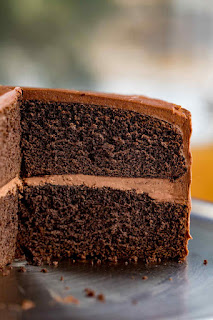 My youngest daughter had been talking about it for weeks…The Fabulous Footrace!  Despite being a track and field coach for over 20 seasons…I struggle to use the words “fabulous” and “footrace,” in a unified context.  I guess it likely has to do with the way that my 45 year old joints feel when I run, which just goes to show…running is for the young…and for the crazy.

In any case, my daughter was excited for this event.  She spent some minimal time “training”…i.e. running to the mailbox…or running away from responsibility…or away from rabid squirrels.  Most of her efforts in training were spent simply counting down the days until the race.  I couldn’t quite understand her excitement…especially considering how little time she actually spends running.

“What is the deal with the Fabulous Footrace…why are you so excited?”

“Because Dad, the winner gets cake!”

The day of the race came…and the group of girls attacked the 800m course.  However, at about the 600m mark…my daughter slowed down and began to walk.  She walked no more than two steps when one of her classmates came up beside her and barked at her, “Erica! You can’t walk! You have to keep running!”

Erica started running again, doing all she could to keep up with her friend and finish the race.

Erica DID finish the race!

However, she did not win the race.

“I am sorry that you didn’t win Erica.”

“Yeah…but now you don’t get cake.”

I was struck with a picture of Jesus in that moment.  Victory!

What does victory even mean? What does it really mean to “win?”

Jesus has defeated sin and death! Revelation 11:14-12:17, tells of the incredible story of the victory of Jesus…both past and future!

Now…when to I get cake?