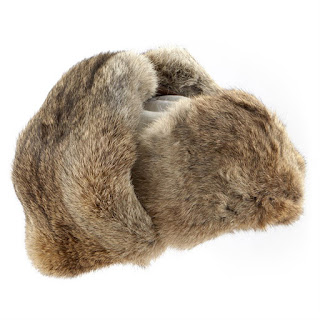 On a cold January day in Minnesota, my friend, Leonard, asked me, “Hey, what should we do today?”

We were between semesters at Crown College, in Minnesota, and had a few days to kill before the 2nd half of our sophomore year began.  After spending a day up north with my parents, we ran out of entertaining things to do…like shoveling snow for dad…changing the oil in his vehicle…and listening to a rousing conversation about grout.  We figured that we needed to find something else to pass the time.

“I don’t know…we could really do anything.  We could drive around and waste gas because we are in college and super rich and don’t have enough brains to realize that we have no money and can’t afford anything but ramen noodles.” (Only part of that run-on sentence may have actually been stated…the rest should have been).

“What would you think about driving up to see Jessica?” He asked.

“Sure!” I replied.  I had never met Jessica…but he talked about her frequently and if I didn’t know better…it sure seemed that they were going to be married within a week or two.  He seemed to have big plans for the two of them. “Where does she live?”

We hopped into my 1981 Plymouth Grand Fury and hit the icy roads of northern Minnesota to embark on the 2 hour drive to a place that I had never been and on roads I had never driven.  Leonard held the map as we were without the benefit of cell phones and GPS.  All we really had on our behalf was a barely working radio and 18 gallons of fuel in the tank.

We took the winding roads around the frozen lakes, the wind stirring whiteout like blizzard conditions across the windshield.  We rolled through most of the stop signs to save us from sucking down the exhaust vapors seeping into the automobile while stopped and idling.

We finally arrived at his “girlfriend’s” house at around 11:00 a.m.

“I hope they have something good for lunch…I’m starved.”

“I hope that she is home!” He answered.

“How long have the two of you been seeing each other?”

“We haven’t…not yet anyway…we just met at camp last summer.”

“Have you even been on a date?”

We walked across the snow packed driveway to the door…walked up the three porch steps and knocked.

“Good news!...I hear someone inside,” he whispered.

“Hot soup…Hot soup would be good…maybe some chili.” I chattered.

The door opened, and before us stood a very proper, but kind woman…looking at the two of us with questioning eyes. “Hello?” she asked hesitantly.

“Hello Mrs. Lang, I’m Leonard…and the guy with the dead rabbit on his head is Ryan.”

“We are friends of Jessica!...Well, I am Jessica’s friend…He doesn’t even know her.”

We stepped into the house and sat down…and waited.

After 2 hours had passed, I finally broke the silence, “So, what time is Jessica going to be home?”

At this point there was a scream…it was generated from my starving stomach and was powerful enough to shake the walls.

“What was that noise?” asked Mrs. Lang.

“That was Ryan’s stomach.” Leonard answered.

“Sure, I did…I had a nice supper, yesterday!”

Mrs. Lang kindly fed us and then we played Yahtzee until 6:00 when Jessica finally arrived home.

As she stepped into the house, you could read the surprise…confusion…wonder…and then disgust on her face as she processed the two young college boys who had invaded her home uninvited.

“Well…I just thought we’d stop in and see you.”

“You know Leonard…you are kind to come all this way…but it’s a bit creepy that you are here…I don’t think things are going to work out between us…good bye.”

“Wait…what about supper?” I begged.

Sadly for my buddy…that relationship ended before it ever began. There is a remarkable scene in Revelation 19. We see great praise and rejoicing…and then there is a build up to an incredible ending conflict between good and evil.  The enemies of God are gathering to battle against the Lamb of God…Jesus Christ…the King of kings and the Lord of lords.  Then…just as the battle is about ready to be assaulted…the battle is over…by the Word from the mouth of Jesus…It is over!

I see the incredible sovereignty and power of Jesus reflected in this image.  With all the powers of the enemies of God…ready to battle against God almighty…we find that there IS NO BATTLE! Jesus wins. Period. What power! What authority! What a King!