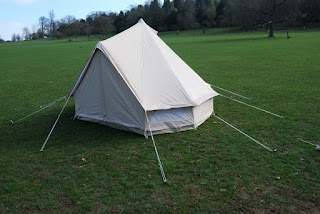 My wife is originally from the Detroit, Michigan area…more specifically Dearborn.  Dearborn is the home of Henry Ford…he is that one guy who invented the idea of the “assembly line”…remember?  He has also been quoted as saying, “You can buy his Motel T in any color you like as long as it’s black.”  Though she knows where 8 mile road is…I think she knows…she lives nowhere near there.  I am originally from North Central Minnesota, where you may drive 8 miles before you come to another farm house.  We met in college and I quickly realized that she was crazy about me…ok that’s not true…I was quickly infatuated with her, and it took me about 2 years to convince her that I might have potential in her eyes.
We started “seeing” each other in February.  Wow! our “first date” anniversary is right around the corner.  We will probably celebrate by feeding the family supper…cleaning up all of the supper dishes…yelling at the kids for not helping clean up the supper dishes…yelling at the kids for not going to bed…cleaning up the backpacks from the living room after the kids have finally gone to bed, and then falling asleep in our separate recliners….it’ll be a lot like Valentine’s Day.

It really goes without saying, but after Sarah and I began our relationship, I always wanted to spend time with her.  I would call her up and ask to walk each night…usually pulling her away from her school work.  I didn’t have any school work because I was always so diligent in class and finished it before it was even assigned...ok…not true.  I would meet her after class, just to spend the 90 seconds it took to walk her to her next class.  Even if I didn’t know where she was…I usually knew where to look for her…the library…studying.  I would run into her there ALL the time, because I was ALWAYS studying too…huge coincidence huh?

The first summer after we began seeing each other, I had decided that I was going to drive out to see her in Detroit.  I set the date, made the plans, and was ready to drive my Pontiac J200 station wagon 800 miles with bad wheel bearings just to be with her.  Sure, we wrote letters.  Sure, we made phone calls, but there is something about being face to face…rather than facebook to facebook…(that hadn’t been invented yet…in fact, Mark Zuckerberg was like only 13 years old at the time).  Being with her was so important to me, that one time, I was willing to leave my family on Christmas day and fly out to see her.  Apparently, she felt the same at this time, because she began a fundraising campaign to buy the ticket.  I was crazy about her.

I believe that Jesus feels similar.  I believe that Jesus is crazy about us.  I believe that Jesus is cray cray about you! (Though I am 40 years old I can still use “hip” teenage lingo…cuz I have a teenager at home who groans every time I use words like “cray”, and “jelly”, and “fo shizzle”…I think, secretly, she still sees me as cool).  John 1:14 says, “The Word became flesh and made his dwelling among us…”  Not only did Jesus come as a human…God in the flesh…but the passage says he dwelt “among” us.  It’s like he came and put up a tent in the back yard.  It’s like a granny pod…only better.  He came to “be” with us, like a parent longs to be “with” their child. He made his dwelling here with us, among us.  At the very end of the Gospel of Matthew we see Jesus giving us encouragement…that he will “always” be with us.  Sometimes it would be nice to have Jesus in the flesh…right next to us…right now…but, He promises to those who have chosen to follow Him, that one day, we will once again be with Him…face to face.

Posted by Pastor Ryan Olson at 9:53 AM