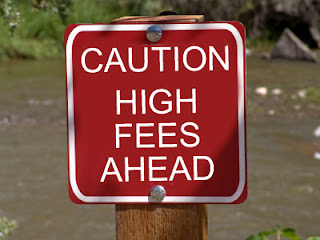 My wife and I have been married for nearly 17 years now.  They have been the 15 happiest years of her life.  After we were married in the Detroit area, we drove to Chicago to fly to New Hampshire for our honeymoon, (airfare was cheaper).  I am not a fan of spending money.  I have been referred to as, “cheap,” “frugal,” “economical,” “prudent,” “penny-pinching,” “stingy,” etc…all of which have been true at one time or another.  I have even been accused of making my own copper wire from holding onto a penny too tightly.
I had the entire honeymoon planned…well…more accurately I had all of the transportation planned.  We made planes, trains, and automobiles (not to mention horse drawn carriage…yes I am super romantic…it was FREE with the lodging!) a literal reality.  Upon arriving at the Manchester airport, we made our way to the rental car counter, where I had my reservation.  I had reserved the smallest, most inexpensive car they had on the lot…only to find that that car was not available.  However, I could upgrade for a small fee.  I didn’t want an upgrade.  “I am sorry, this is all we have…but it does have a sunroof and an alarm.” They had me over a barrel and they knew it.  I took the car.  “Would you like have the additional full coverage insurance for an extra fee?”  “No thank you.” “I am sorry, you’ll have to take it…we require it for anyone who is under 25 years old.”  Again…over a barrel…but I am getting a little hot under the collar by this time.  “Also, you are going to have to pay a mileage fee, because you are traveling farther than what is included in the rental…also, there will be an additional charge for your wife to drive the car.” “She won’t be driving it.” “I am sorry, that doesn’t matter, because she will be with you and we will assume that she may be driving the car.”  “Also, you will be required to have extra ‘moose insurance coverage’…Isn’t that included in the extra insurance?”  “In most places, yes, but not in moose country…also, if you don’t bring the car back with a full tank of gas we will have to charge you an additional fee.”
I have rented several cars since then…with the motto…”What they don’t know…will save me money.”
In John 2:12-25, Jesus encountered a situation that is not entirely different from my “fee” happy rental company.  Jesus came into Jerusalem for the Passover.  When he entered the temple court he found that people had turned the temple court into a market place.  People were buying and selling animals for the Passover sacrifices that are required of them according to the law.  Sadly, the Levites, in charge of overseeing these sacrifices, were taking advantage of the people, by selling them sacrifices at exorbitant rates…claiming that the animals that they have brought with them are unworthy…and that they will need to “upgrade” their sacrifice.


This angered Jesus…so much so…that he makes a whip out of cords and clears the temple of those who have turned the Lord’s temple into a mockery.
The people of God have been called to be a nation that gives hope to the world.  In this story, we see the people of God, bringing burden and oppression to the world.  This is not what God had in mind.  Is your life bringing hope to those around you?  When we say yes to the LIFE that Jesus has for us…he creates in us a new life…that brings hope and life to others.