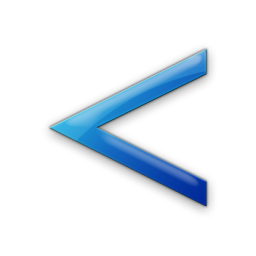 I remember standing on the dusty ground waiting, and anxiously hoping, for my name to be called.  I stood there watching and listening to two, very athletic, classmates calling out names one by one… “Jay”… “Mike”…“Willis”…“Jason”…it went on…one by one.  Normally, I wouldn’t be stressed, because there were the infamous, two students, who would inevitably be picked last.  However, on this day…they had both gone home sick before Gym class.  Now it felt as if I was going to be sick.  Then there were two…me and David.  It’s funny how there is only ONE position that really mattered…second to last…even first or second…didn’t hold a candle to the significance of being picked last.  “David!”  It had happened.  I was picked last.  This may have been the worst experience of my elementary life…perhaps even worse than having my ears tweaked, repeatedly, by the daily bus bully.
I was not going to take this lying down.  This was not going to set me back.  This was my time to demonstrate that I had the skills and talents to never be picked last again. The instructor asked, “Who is left handed?”  I raised my hand.  He shoved a left handed fielder’s glove into my hand and sent me into left field.  Perhaps this would have been a good time to tell him that I throw with my right hand, but I didn’t.  Rather, I took the field silently.  The opposing team hit, safely, 3 consecutive at bats…loading the bases.  The next batter sent the ball my way…it bounced once in front of me…I gloved it…transferred the ball to my left hand…flipped the glove off of my right hand…transferred the ball back to my right hand.  Instead of throwing the ball to the “cutoff man,” I launched the ball toward home.  The ball sailed over the backstop and out of the park.  We didn’t get the out…in fact…I think that it classified as an inside the park home run…though, technically, the ball did leave he park.

In my efforts to become “great,” I actually did something much less than great.  Sometimes, it’s hard to feel insignificant.  It’s hard to be ok with being, “less.”  However, when we allow Jesus to change our hearts…we become aware of how truly great He is…and how our lives are not about how great we become…but rather, how we can proclaim HIS greatness.  In John 3:22-36, we see John the Baptist, provide a beautiful picture of what it means to become “less”…so that Christ can become “more.”