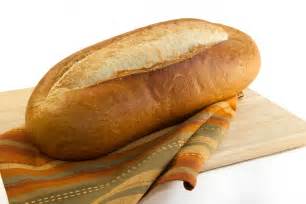 I like bread. Bread is good.  I like to put peanut butter, jelly, butter, cheese, egg, salami, ham, turkey, and, sometimes, gravy on my bread…not all together though…that would be nasty…each separately…for the most part. I like most kinds of bread…wheat, white, rye, donuts, pumpernickel, danishes, sourdough, English muffins, donuts, baguettes, croissants, Italian, French, flatbread, tortillas, cornbread, kaiser, bagels, brownies…are brownies bread?...they should be…let’s say yes…anyway you get the idea.
On some occasions, if I am wanting bread badly enough, I may be willing to pick off moldy areas and eat the un-moldy areas.  On other occasions, I will eat the old bread without looking for mold…hoping that there won’t be any.  Still, on some occasions, I have found that I have eaten the old bread…only to find mold on the next piece…bummer.
In ancient times, a full meal would often consist of only bread and wine.  As much as I like bread, I usually prefer other options to be included with my meals.  Back in the 19th century, prisoners were given bread and water until they’d earned the right to eat meat and cheese with their good behavior.  In biblical times, bread would have been the primary food source.
When Moses led the Israelites out of Egypt, they were in such a hurry that they didn’t have time to put yeast in their bread and let it rise…so they prepared “unleavened” bread (without yeast) to take with them as they fled Egypt.  It was this same group of people, who found themselves starving in the desert, that had run out of the bread that they had brought with them.  God, then, provided a “bread from heaven,” manna.  God provided this bread for them because they literally needed it.  They had to have it or they would die.
At one time in Jesus’ life, he said to a large group of people, that HE is the “bread of life” (John 6:16-60).  Jesus is saying that HE is what we really NEED.  We need him MORE than we need food itself.  The next time you take a bite of whatever delicious bread you choose…may you remember that there is something we need so much more than food…we need Jesus.