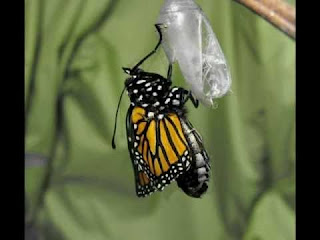 In 1984, Hasbro introduced some of the greatest toys to ever hit the market…Transformers…not the big electrical boxes sitting atop the power poles outside your home…rather the amazingly cool robot action figures that “transform” from battling robots to far-out stylish vehicles and devices, like boom boxes, sports cars and semi tractor trailers.  As a boy, I always longed for transformers.  I think my younger brother was gifted one at some point from some Rich Uncle Pennybags…otherwise we mostly settled for the less popular “GoBots”…same idea, but not nearly as hip.
I remember several occasions where I would be over at a friend’s house, and I would want to do nothing but play with their Transformers.  Some friends had Starscream…a robot that would transform into an F-15 fighter jet…another friend had Optimus Prime…a semi tractor and trailer, and the General of the good guys (Autobots). The envy of all my friends was Jason...(Truth be told...I made up his name...it could have been Jason...but I really don't remember...all I remember are those fabulous TOYS!).  Jason had an original Megatron…the leader of the bad guys…the Decepticons.  Megatron would transform from a robot, into a Walther P38 semi automatic handgun with scope on top…it was totally the coolest!
I love stories of transformation. Transformation where you have a man like David Berkowitz, better known as the Son of Sam killer, who terrorized New York City in the late 70’s, a man who was a devout Satanist, who finds forgiveness and hope in Jesus Christ.  Recently I heard Justin Bieber talk about his choice to follow Christ…how his life has changed…how his life is different…transformed...that's great!...his music is still not my favorite...sorry Biebs...I'm probably just too old.
I am amazed at how Jesus continues to draw people to himself…and through the work of the Holy Spirit…transforms their lives into lives without hope…to hope filled lives…lives in relationship with him…and a hope of a future to be with him forever.
2 Corinthians 3:7-18, tells us about this glorious transformation.  In the Old Testament, there is a story of Moses, coming down from Mount Sinai with the stone tablets…his face shining so brightly that the Israelites can’t even look at him.  Yet, in this passage, we find that the experience is NOTHING compared to the glory that can shine through us as followers of Christ. Now that, is a transformation that I want to be a part of.
If anyone is in Christ…he is a new creation…the old has passed…the new has come…
Transformation
Posted by Pastor Ryan Olson at 6:51 PM