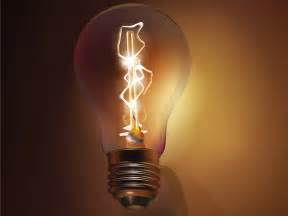 I delivered pizzas in college…lots of pizzas…it is possible that I may have eaten more pizzas than I delivered.  Minnesota winters can be nasty for pizza drivers.  However, like our U.S. mail service, our motto was, “The pizzas must get through…” except on holidays…like Christmas, Thanksgiving,…birthdays…Columbus Day…Canada Boxing Day…walks with girlfriends or finals week.  I remember getting caught in several snow and ice storms while driving…thus finding myself pushing my ’81, rear wheel drive, Plymouth Grand Fury up a hill, with no traction under the tires…or my shoes, but the pizzas must get through…even if they are cold…or fall on the floor of the car, sliding all the cheese off the top…but hey…they arrived!
Minnesota winters also bring darkness.  Because of the darkness, I often couldn’t see the house numbers let alone read them.  This made it necessary to practically memorize as many house numbers as possible.  After several encounters of attempting to deliver a pizza to the wrong house, I invested in a little flashlight.  It was a Q-beam Maxi-million.  A one million candle power…who just turned on the sun…and every other light inside the house…including the refrigerator…spot light.  This thing could literally light up your life…and the neighborhood.
As I would drive down the delivery street, I would use the Maxi-million to shine from house to house looking for the correct house number.  In the darker neighborhoods, it wasn’t uncommon to see people duck down below their windows, behind curtains, or quickly turn off their lights, at the flash of the spot…pulling their Glocks and flushing their drugs…thinking it was the Po Po.
This light was so bright…and hot…that one time I forgot to turn it off before setting it on my passenger seat.  The light burned a hole in it, and nearly set the car on fire…that is what I call “hot ‘n ready.”
For the most part, this light was used for the forces of good.  However, on one occasion, I did use it for evil…though in my mind…a justified evil.
After finishing up my deliveries, I was driving home and waiting at a stop light…because it was red and that is what you do at red lights.  There were two lanes at the light.  The left lane, which is for turning left or going straight, and a right lane, which is used to turn right…ONLY.  As I am waiting for the light in my 318 V8, posi-traction, full suspension, former Hwy Patrol, Plymouth…a loud and very large Chevy pickup pulls to my right…but does not turn.  It is very apparent that this gentleman intends to use the “right turn only” lane…to go straight and get ahead of me, before his lane ends. After thinking about this for about 3.5 seconds…I decide to not allow this to happen.  So, when the light turned green, we both gunned it.  My Mopar out accelerated him easily…forcing him to hit his brakes and quickly cut in behind me.
In his anger, he pulled up close to my rear bumper and flipped on his bright lights.  At this moment, I decided to introduce him to Maxi-million.  This was naughty…I should have not done this.  However, I have never seen someone back off my bumper as fast as he did that night.
Light is powerful.  Light overpowers ANY darkness.  Light cuts through darkness like a hot knife through butter.
There is a moment, when Jesus is in Jerusalem for the celebration of the Feast of Tabernacles. Each evening of the feast the Israelites would light huge torches that were on top of 50ft. towers.  The lights were intended to remind the Israelites how God had provided for their people when He led them out of Egypt and through the desert for 40 years.  It is near the end and the pinnacle of the celebration, when Jesus calls out in a loud voice…“I AM the light of the world…anyone who believes in me, will never walk in darkness.”
Are you tired of walking in darkness?  Are you tired of striving and working and feeling like life is going nowhere?  Are you tired of being stuck in sin?  I believe that there is only ONE way to step out of the darkness.  It’s Jesus.  Jesus himself refers to himself as, “that light.” We often like to keep our dark places secret…like that closet or cabinet or drawer, where everything gets shoved to keep it out of sight…and then we close it quickly, so it doesn’t come crashing out on us.  Perhaps it’s time to let Jesus deal with the darkness.  Perhaps it’s time to let Jesus shine his light in your life…and then through your life.
Maybe it’s time to see the light.
Posted by Pastor Ryan Olson at 6:19 PM