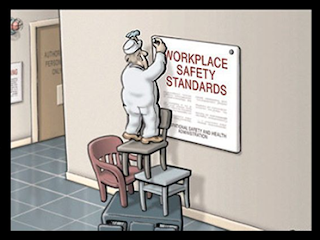 A 2007 Dodge Grand Caravan is an unremarkable vehicle…especially when it is silver in color.  If you simply make yourself aware, you could easily find a dozen or more similar vehicles on the road during your morning commute.  In fact, if we look across the street through our living room window, we see a nearly identical van owned by our neighbors.
On a particularly cold, January day, I left my wife and kids in the store to finalize our purchases, while I went out to start the van and pull it up so that they wouldn’t have to endure the bitter winds of winter.  I hustled out of the parking lot, just short of running…because running would be more painful than the cold air. I reached the van and quickly opened the door and slid in. I inserted the key into the ignition and attempted to start the engine.  The key wouldn’t turn.  I shimmied the steering wheel back and forth trying to release the pressure on the wheel lock.  It still wouldn’t go.  “Oh Great!”…I said to myself, “This is the last thing I need!...I have enough things to fix in my life and I don’t need to add the van ignition to that list…not to mention it’s cold!”
As I sat sulking, I smelled something. It was an unfamiliar, yet not unpleasant smell…somewhat like vanilla. “Hmmm…that’s odd!? What would smell like vanilla in here?”  It would have been more likely to expect the smells of wet rotten socks and stale Honey Nut Cheerios.
That is when I looked at the floor… “Hmmm…When did Sarah vacuum the van?” I looked in the rear view mirror…something was missing…someone had stolen our bike rack off of the back!  I felt violated…how could someone steal from someone else…not only the bike rack…but all of our stale Cheerios as well!  I looked to the right and I saw another van…very similar to ours…that one had a bike rack too.  “Why would someone take our bike rack?...Why not theirs?  Their bike rack is the same as the one we had stolen.” “Why us!”
That is when it hit me…the vanilla smell, the lack of Cheerios, the bike rack!...I quickly exited the van…looked both ways to see if I was being watched.  I got into the other van…my van…as quickly as I could…red faced…embarrassed and feeling stupid.  I started the engine and drove up to pick up Sarah and the kids.  At least I didn’t have to fix the ignition on the van.
Sadly…I had done this before!
On the morning that Jesus’ tomb is found empty and his body is missing, we find a number of people who encounter the scene…Peter, John, Mary Magdalene, and several other women.  As they engage in the scene you can see and sense their struggle…their struggle with questions…with grief…and with faith.
Perceptual blindness is defined as, “the event in which an individual fails to perceive an unexpected stimulus that is in plain sight.”  Mary Magdalene is the one who Jesus first appeared to, and when she first encountered Jesus, she did not expect to find a risen Savior. Yet there He is…in plain sight.  What Mary saw as missing, was not missing at all.  I think we often fall into perceptual blindness.  I believe that Jesus is alive…that the evidence is there…that Jesus is who He says He is and that the Holy Spirit wants to change our hearts.  Yet, I think we often stay perceptually blind…blind to seeing that we need heart change…everyone of us…and that Jesus is there to lead us to change.
Posted by Pastor Ryan Olson at 7:36 AM