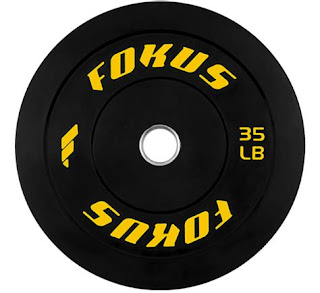 I like venison.  I like the taste of…it and I like the way it feels in my belly…not “on” my belly so much…that’s weird…and messy.  If my belly could smile it would…although, if I sit just right…I can make the crease below my belly button look…“smilish.”
(My wife Sarah seems to think I should leave that last sentence out…she said it was gross…hmmm…I will think about it…in the mean time…you can let her know if she was right…).
I grew up eating venison…we always had venison in the freezer…unless, of course, dad’s annual hunt was unproductive.  Then we may find ourselves needing to “Wok the dog.” RELAX! WE WOULD NEVER DO THAT!!!
My meat cutter made a mistake on this year’s venison order.  I had asked for 4 big roasts and the rest ground into burger.  I got the burger…but there were no roasts cut.  This is very disappointing for someone who enjoys biting into wild meat that he killed himself and then howl at the moon.  The locker plant, which I drive over an hour to patronize, was very apologetic and offered 4 beef roasts to replace the venison roasts.  I accepted the offer, though still bummed a bit.  We ate one recently.  It was good, but it did not make me howl at the moon, growl at neighborhood dogs or chase squirrels…so that was a bit of a let down.
This was not the first mistake we had encountered with our meat cutter.  I encountered an error on last year’s order as well.  I had asked for “3 to 5 lbs of venison dried into jerky.”  Imagine my surprise when a few weeks later I walked out with 35lbs of jerky…and an empty wallet!
We tried to grind up and grill some of the jerky into burgers…but it just wasn’t the same. Do you have any idea how impossible it is to make good gravy from a Crockpot jerky roast?
So, why do we keep going back?…because we have connection.  They know my name…I know their names.   They are good people.  They make mistakes…probably less than I do.
Connection isn’t something that happens just with people who have everything in common.  It is not something that is severed when we are hurt by the imperfections of people.  It continues.  It doesn’t end. The connections grow stronger through adversity…and reconciliation.
In 1 Peter 2, the author, (Peter), gives his readers a picture of connection.  He uses the metaphor of a building.  The building he describes starts with the valuable and perfect Cornerstone…and then is built with many other stones.  It is built with stones that don’t match…that don’t have the same shape…or the same color…or the same hardness or make up.  Yet, together they form a magnificent structure…that could not happen without a connection to Christ…AND a connection to one another.  Connection is CORE!
Posted by Pastor Ryan Olson at 8:55 AM