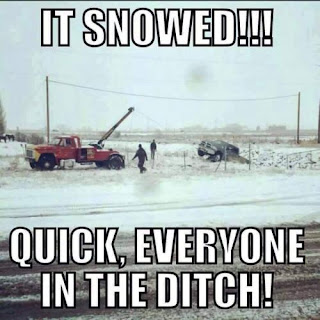 As a senior in High School I was still driving the 1974 Nova, held together by some pop rivets, duct tape and chicken wire.  I had recently fixed the exhaust…at least partially…replaced the headlight and jury-rigged the tail light.

On one cold January morning, I was running late for school and didn’t have time to allow my “exploding star” to warm up.  I hopped in…(passenger side of course)…slid across and began pumping the gas…fifty times ought to do it.  I popped the hood and jumped the starter with the pliers that I kept on my dash.  The car fired but did not start.

So again, I pumped the gas…75 times… reached under the hood…jumped the starter with one hand and manually controlling the throttle on the carburetor with the other.  The engine fired…and kept running…as long as I continued to manually give it gas with the throttle armature.  I hurried back into the car to leave, but as soon as I let go of the throttle…the car died.

One more time…I pumped the gas…this time…100 TIMES! Once again, I jumped the starter with one hand and controlled the throttle with the other. I revved the engine a few times…and then accelerated the engine as high as I dared…dove back through the passenger side door and pressed the accelerator with my hand before it died.  It worked.  But now I was really running late.

I quickly inverted myself so that my foot could control the pedal and my hands could be on the steering wheel…Safety First!  I put the Nova in drive and took off down the driveway with the windshield entirely covered in frost.  I reached the end of our long driveway…cracked my driver’s side window down and looked for oncoming traffic…seeing none I took a right. I had driven these roads hundreds of times and I knew every bump…every turn…every curve like the back of my head.  I knew I needed to make another right in about 800ft.  I could just make out the shape of the sign…”County Rd. 6”…as I passed by…I turned on my signal light and timed my turn…and drove right into the ditch.  But at least I signaled my turn…Safety First!

I sat there and waited.  I knew that my dad had to take the same way to work shortly and would certainly see me when he came by, (age before cell phones).  As I waited, a large snowplow came by and asked if I needed him to pull me out.  “No, my dad has a four wheel drive pick-up…he should be along anytime here.”  The driver shrugged his shoulders…gave a slightly shake of his head and an odd look in my direction and drove off.  Hind sight:  That snowplow could have pulled me out of that ditch, like cracking a nut with a sledgehammer.

My dad did in fact come by…and pulled me out…more like “cracking a nut against your forehead.”  Now that I think about it…it might have made more sense to leave that car in the ditch.

I was riding my bike last summer and I came across an old fat television set that someone had “ditched.”  I have seen tires ditched in the Mississippi, washing machines ditched in the woods, and bags of garbage ditched on the roadside.  Sadly I have even encountered children in the Dominican Republic, ditched on the curbside, unwanted by their parents. I have met both husbands and wives who have been ditched by their partners.  I have met mothers whose own children have ditched them.  In our world, if we don’t like what a person says…or agree with what they do or have done…we ditch them.

The ditching needs to be finished, for our external environment…and our internal one.