A Den of Lions 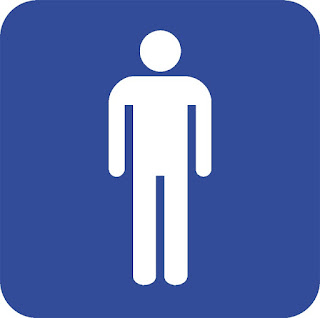 When I was growing up, there was a location of fear and doom for awkward 3rd grade boys.  Every day at the same time, my 3rd grade teacher, Mrs. Olson would line up the class at the door to be sent out for a drink from the water fountain and to empty our tiny weak bladders in the lavatory.  Often, as

I stood in line I was thinking…praying even… “Hurry…hurry…hurry…let’s go!” though no words passed through my lips.  How long did we need to stand here waiting?  Timing was everything! As we prepared for our trip to the restroom, my impatience came to near explosion.  Not just because my eyeballs would be floating…but, also because, if our dismissal was delayed any longer we would be sent into the tiled walls of doom which would already house countless 5th graders.

The goal was to get in, finish your business and get out, before the 5th graders entered. It seemed a rare occasion where I would find such success.  More often than not, our paths would cross.  Sometimes, we were sent into the toilets of terror before the 5th graders arrived…only to get halfway through our duty before a 5th grader would come up behind you and torture you, while you are still unable to flee.

However, it was even worse when you knew the 5th graders were already occupying the space that Mrs. Olson was ignorantly sending us into.  “Go on now boys,” she would say.

“Now, now…none of that…I know you Ryan and if you don’t go now you will be asking to go as soon as we get back into the classroom.”

“Exactly!,” I thought, but didn’t state…“then, I would know that the lion’s den would be empty!”

As my heart beat against my ribs and my knees trembled like grandma’s thanksgiving Jell-O, I shuffled into the chamber of creative tortures. If I could just get into a stall as quickly as possible and lock the door…I would have a chance.  As I hustled in, I came face to face with Mike McFlushya*.  Mike was well known as the Soldier of Swirly.  I think even his mother would have feared him if she hadn’t had pythons for arms, a tattoo of a cobra on her neck, serpents for hair and answered to the name Mommy Medusa.  Mike laughed as a fellow 3rd grade classmate exited the lavatory curiously wet above his ears. “Ha!,” chortled Mike, looking me squarely in the eyes, “You’re next.”

Mike grabbed me by my shoulders and began escorting me toward the last stall. “Please God, help me!”

“You boys get back to class now!...What are you doing anyway?”

I am pretty sure I saw white wings on the shoulders of Mr. Nelson that day.

There is a story in the book of Daniel that makes my experience look like a trip to the restroom…oh wait…it was.

When Daniel was an old man he was still in the service of the king, (Darius the Mede).  He had remarkably kept his integrity beyond that of any other man.  So much so, that his enemies had to create imaginary accusations to make him guilty of a crime. His punishment was to be thrown into a den of hungry lions.  Throughout Daniel’s ordeal we see him continually serving, following, and praying to God almighty.  Astonishingly, the lions didn’t touch him. Daniel’s life was spared.

How do you face the lions in your life?

*names have been changed to protect the guilty