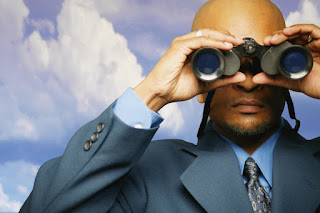 I went to the zoo this morning with my wife and youngest daughter.  We were served a free breakfast, and then we spent the rest of the morning watching each of the animals receive their breakfast.  The final stop on our tour of dining mammals were the bison…where my daughter was slated to hand feed the giant animals.  These creatures are indeed massive.  Some will grow to weigh more than 2000 lbs.

I have a degree of familiarity with these great beasts.  Not only because I hunted them while traveling the Oregon Trail on the school’s Apple IIe…but also because, I grew up living next to a bison farm.  My brothers and I would ride our bikes continually up and down the dirt road adjacent to the fence that held the herd.  We had no fear of them whatsoever…as long as they were on the opposite side of the field grazing…no where nears us.  However, there were times when we would come across one of these enormous animals stationed right next to the fence.  We would skid our bikes to a quick stop and try to “read” the animal…will he walk away…or will he break through the fence and chase us down to kill us like an angry mother chasing a housefly with the swatter.  Often times, however, these bison would stand there and stare at us…and we would stare back…with our hearts fearfully pounding in our chests.  We wanted to continue on…but more times than not the bison would win…(much like the NDSU football team)…and we would turn and ride with a vengeance back to the safety of our home.

I have many fearful memories of these massive creatures.  One morning, we woke up to one lone bison grazing in our front yard.  My dad was already gone to work and my mother wouldn’t let us leave the house…not that we needed much convincing…until after the neighboring farmer responded to her panicky phone call and collected his animal off of our front porch.

Perhaps the most memorable bison moment of my childhood was while riding to school with my mother.  We had just crested a hill and were nearing the valley below, when around a wooded corner came a massive…HERD…of bison!  All of them! Running!  As they came around the corner, they turned and ran directly toward us.  They filled the entire road way.  There was nowhere to go.  My mother hit the brakes and came to a complete stop…screaming! “AAAAHHHH” Thinking very quickly, my mother did the only thing that she could think to do…she locked the doors.  That should keep the bison from opening the car doors…

The herd split in front of us and ran around the vehicle.  It was as if we were suddenly sent back in time 100 years into the prairies of North Dakota in a covered wagon…minus the wagon…and the prairie.

After the herd had passed, my mother was still screaming, “Aaaaaahhhh!!”  Her pale white face matched the knuckles gripping the steering wheel.

It is perhaps one of the more incredible and unexpected events that I have ever personally witnessed.  As I arrived at school, this event was all I could talk about.  I still enjoy sharing the story.
When we encounter something incredible…we can’t help but share the story.  I believe that Jesus wants us to encounter him in such a way…that we can’t help but be his witnesses.  In fact, Luke tells us in the 24th chapter of his Gospel account, about how Jesus told his disciples directly…they are to be his “witnesses.”  We find it again in Acts 1:8…”we are to be his witnesses.”

Simply put…we are to share about our experiences with Christ.  That is what the church is all about…sharing our stories about Jesus with others.

May you find yourself in the story that Jesus has placed you in…and then be his witnesses…tell the amazing stories of his grace…and maybe a bison or two.