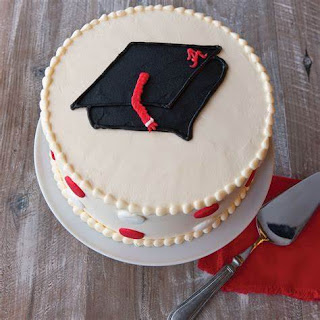 While I was in college, Sarah (my wife now…girlfriend then…better half all the time) and I would go to church in the Chaska area.  It was relatively new church plant, parented from Westwood Church in Eden Prairie, MN, yet it was already a large church.  Each week multiple church services were hosted in the Chaska High School auditorium.  There came one Sunday in which the church was launching a number of new small groups.  It was announced that there would be tables with sign-ups available following the service.  Sarah asked me if I was interested.  I really didn’t think that I was interested…but I took a few moments to consider before I answered.  It was in this moment that imagined her attending one of these small groups by herself...and wouldn’t you know it…but in my imagination, there was another young single guy in the small group.  He imaginarily wooed her, with his suave hair…dashing good looks…a physic like Arnold Schwarzenegger, a mind like Albert Einstein, a sense of humor like Steve Martin…and he drove a Corvette...I didn’t stand a chance! “It’s ok…if you don’t want to…I can just go by myse….”

I couldn’t let Arnold Albert Martin have a chance.

After signing up and leaving our phone numbers, we were instructed that we would receive a phone call from our small group host. When I received the call, Laurence introduced himself and then asked a little bit about me. I told him about Sarah and I…our ages…what we were studying in college...and some of what we liked to do.  He gave me the timing and the address of our first gathering, but before hanging up…he paused and ask…”Are you sure you want to be a part of our group?...we are actually a bunch of older married couples…I don’t know…I am not sure this is what you are looking for.”

“Yes!” I said, “If Arnold Albert Martin is there…I will be there for sure.”

“Never mind…we will be there.”

When we arrived that first night…Arnold Albert Martine never showed up, which is just as well because I don’t know what I would have done to him if he had made a move on Sarah…or what his massive biceps would have done to my jawbone.

Laurence was right.  It was a group of older married couples.  But what was really fun…was that we all really hit it off.  It was really cool.  The group was composed of a couple of college students, a retired pilot and his wife, some teachers, an engineer, some business professionals and a number of others.  On paper…there was really no reason for any of the members of the group to associate with one another.  Our paths were not really destined to cross in a random culture, but I have come to find that God is not random.

By the end of our time together…this incredible group of people threw a banquet to celebrate my soon to be college graduation…complete with cake and singing!

I feel that in a way, Sarah and I lived through the story found in Acts 16:11-40.  In this story Paul is continuing to preach the Gospel…but what we find is that 3 characters in particular respond to the Gospel. What strikes me is that these 3 people have virtually nothing in common. One is a jailor, one is a rich woman, and one is a young (formerly demon possessed) girl, and together, these are three of the first followers of Christ in the city of Philippi.  It is through people like these three…that the church in Philippi is established.  Even when we have nothing in common…we can have Christ in common and when we have Christ in common...we can then love in very uncommon ways.

May you find the uncommon love of Christ, compelling you to find Christ in common with the people he has placed around you.