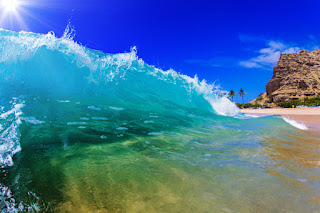 In 1980, my parents took my brothers and soon to be sister from Minnesota to Panama City, Florida to visit my aunt. Though I was only 4 years old, I find that I have a great deal of memories from that trip.  (Some can be found in blog post “Chevette” March 2, 2019). I remember the heat...to inhale a breath felt like drinking boiling water. During our time in Florida, I recall spending one day at a reptile zoo.  At one point, after watching the alligators snap at pokers by the alligator tamers, my father picked me up and placed my entire body into the hollow mouth of a giant concrete snake. Having been completely overtaken by fright, I desired to run from the serpent’s rocky jaws screaming.  However, fear had paralyzed me. I became convinced that the faded, cement critter would spring to life and eat me.  I don’t know what I feared more…the snake coming to life…or sliding deep into the hollow concrete body of the beast, never to be seen again.  After my parents snapped their precious picture…they pulled me out…leaving 2 square feet of freshly melted flesh onto the hot, stone reptile.

I remember going to the ocean…ok, technically the Gulf of Mexico…but really…what’s the difference. I was enamored by the white sand, I would pick up handfuls and let it sift through my fingers…it was so fine and smooth and felt like pillows of sugar…but less sticky…and less tasty.

“Blah…they should have made it sugar water instead…”

My older brother and I played in the shallows while my mother watched us closely, to ensure that we did not venture too far out.  Little did she know…that was not going to be a problem.  I had already developed a healthy fear of drowning, deep water, and sharks…not to mention the giant waves that were crashing on the shore were locking in my perpetual fear of death.

The greatest moment of fear came when my dad took my older brother and me in his arms and began trudging through the foamy shoals. The water got deeper and deeper.  I watched the water creep up to his knees…his waist…and then nearly up to his chest.  This was the depth of danger…the point where the massive waves were breaking.  This is it…my dad was finally going to do what I knew he had in mind, (since I had watched Jack Nicholson flip out in the film adaptation of Steven King’s, “The Shining”)…my brother and I were goners.  Apparently, a conspiracy had developed between my parents…my dad would take my brother and I to our deaths…while my mother stood on the shore…taking pictures.

My dad stood looking out to sea…holding us…apparently waiting for a really big wave.  When he spotted it…he turned around…tucked my brother and I next to him and crouched lower into the greasy water…waiting for the wave to break right over our backs.

Just as the wave was about to hit, I looked back…panicked…and sprung from my dad’s grasp and attempted to sprint back to shore.  My mother’s perfectly timed photo, shows my dad and brother smiling as the wave of death broke over them.  I was not in the picture…I was under water…dying.

What I didn’t realize is that there was protection being offered.  It was in my father’s strong arms…and not in the violent sea…alone.  Somehow…perhaps, it was Jack Nicholson’s fault…I had come to believe that I was safer on my own.  I was wrong.

In Acts 18, we find Paul has moved on to Corinth.  Paul is once again being persecuted and “abused.” It is at this point that God does something really powerful.  God tells Paul…that He will protect him…He promises that Paul will not be harmed.  Despite the verbal and physical attacks around him…God provided Paul with a divine protection.  Interestingly, Paul still experienced many struggles and challenging persecutions.  In fact, he eventually died in Rome at the hands of the Romans. Yet, God protected Paul.  God guarded him and watched over him.  Though Paul suffered at many times, God guarded Paul’s heart, his ministry and his path…and while in Corinth, Paul received divine protection…in the arms of his Savior.

May we find ourselves in the protecting arms of Jesus…and release our belief that our protection comes from our own efforts…especially, in our current cultural climate.  May Jehovah Shamar—God our Protector, guard your heart and life as you find protection in Him.