I Held Her Down 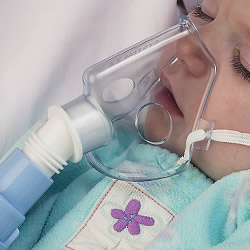 My daughter was gasping for each breath that she took.  Her tiny, one year old body shook as her microscopic lungs pressed against the inside of her chest trying to draw in each fill of air. Her tears soaked the bed sheet as the nurses tended to her. My job was to hold her down and keep her hand still as the nurse took a 3 foot needle and poked her repeatedly trying to find a vein to service the intravenous tubing.  Hannah’s small raspy voice moaned to me, “Dada...” sob, sob, sob, “Dada…” Thus, I held her down, fighting my own watery eyes.

The children’s ICU unit is an intimidating space.  You watch as your, barely, toddler crawls around on a bed with high Plexiglas sides to keep her from falling…or crawling out.  There are wires on electrodes all over her to monitor her heart rate, temperature, blood pressure…hair color…vocal volume, among other options that I am surely unaware of.

I stayed with my daughter for 3 straight days in the ICU.  Why me?...because my wife, Sarah, had just given birth to our son a few weeks prior…thus giving  her a free pass from doing anything but caring for the newborn.  I don’t think that she really understood how difficult it was to sleep in a chair for three nights…with your 1 year old constantly pulling off the colored wires from her chest saying, “Uh Oh…Brown.” It wasn’t long before I could have rewired her color coded electrodes in my sleep. My nights were pretty sleepless…hearing Hannah’s difficulty breathing and her incessant color identification.  I was kept awake by the heart monitor’s constant beeps and occasional alarms blaring when her beats per minute climbed too high.  On top of it all…the worn voice calling “Dada…Dada…Dada…” made it impossible to rest soundly.

Hannah and I spent the entirety of all three days binge watching the same 30 minute episode of Veggie Tales, “Rack, Shack and Benny,” (aka…”The Bunny” to the one year old…referencing the chocolate bunnies in the episode). Let’s see…7:00 a.m….until 9:00 p.m…30 minute intervals…3 days…that is A LOT of chocolate bunnies!

By the third night I was tired and exhausted.  I needed sleep…at least I needed some “good sleep” and the rocking chair was just not cutting it.  I rocked Hannah to sleep…and carefully set her back in her Plexiglas prison and tried to sneak into the waiting room to lie on a rock hard sofa.  Inevitably, she stirred as soon as I set her down.  Never the less…I stepped out to let her settle in to sleep on her own. I laid on a couch and fell asleep within 6 minutes…only to be awakened by a nurse 10 minutes later, saying, “I am sorry…but she is not settling down…her heart rate is spiking too high…I think you need to go be in with her.”

I stepped back in the room…reached my hand on to her hand…and gently held her down.  She quietly rasped, “Dada,” and went to sleep.  I didn’t.

The croup had hit her hard that year.  She doesn’t remember much of the ordeal…but I remember about everything.  What strikes me most, is that there was only one thing that she wanted…only one thing that she needed.  Her body would recover…she would heal with time, but to do that she needed to stay calm.  She had to relax, and the thing she needed the most to be able to do that…was me.  She only needed me to be near.

We serve a God who is near.  Though Revelation 4:1-11 paints an amazing picture of God on his throne…he is a God who is NEAR!!!  He is all seeing, all knowing…and all present. He is worthy…of all power and glory and honor…and…HE IS NEAR!

May we find the nearness of God…and his power…and his glory…and his majesty…holding us secure.

Posted by Pastor Ryan Olson at 4:38 AM