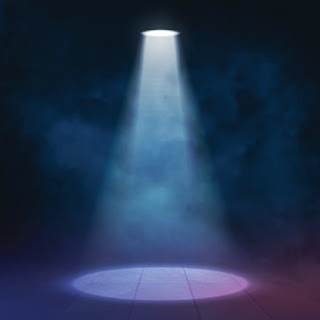 We arrived at the small, elementary school gymnasium at 2:00 in the afternoon.  The lights were set low and the seats were filled with parents and grandparents, siblings and friends. The risers remained empty, as did the staging.  We made our way to the few open chairs remaining and waited for the show to begin.  Our oldest daughter, Hannah, had been cast for the lead role as Mother Goose in the Lincoln Elementary production of “Lemonade”…soon to be a Broadway hit…if by Broadway, one would mean the main street in Little Falls, Minnesota.

The entire 2nd grade cast took the stage and filled the risers. The play began, and we quickly learned that the cast was having a very bad day! Little Bo Peep had lost her sheep, the Three Little Pigs had just endured the destruction of their homes by the Big Bad Wolf, and Humpty Dumpty had just gotten all cracked up!

Just as the calamity reached the crescendo, the lights went out…and a single spotlight shone on one individual on the stage.  It was Mother Goose! My daughter!  My heart swelled with fatherly pride as she began to sing with the shaky voice of a nervous 2nd grader.  The spotlight was fixed on her.  My eyes and ears, along with everyone else’s in the building were all directed to her.  There she was…lit up in the light…the center of attention, and I was proud of her!  She was amazing…she nailed her solo!

It was a wonderful experience for her…as well as for myself.

I have often pondered the purpose of spotlights.  They are designed to draw our attention to the focal point of the light. I used to use a mega-bright spotlight while delivering pizzas in college. The light would light up the neighborhoods as I searched houses and mailboxes for the house numbers. The light drew my eyes to each point it touched.  In fact, many home owners would come to the window expecting to find an officer of the law searching for some vagrant.  Little did they know, it was a vagrant…searching for a place to deliver a pizza.

In John 12, we find a proverbial spotlight.  As Jesus enters Jerusalem, all attention is on him.  A crowd of up to 2 million people gather…wave palm branches, spread their cloaks in front of him and cry out “Hosanna! Praise him! Praise The King of Israel!”

Glory is about revealing what is really at center stage…it is like a spotlight to draw our attention.