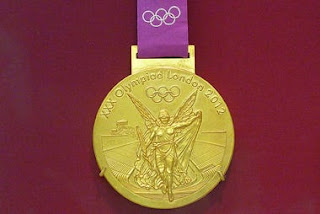 “Step right up! See if you can be the next winner! Swing the hammer, and hit the bell!  Three attempts for $1.”

“Hmmm…I think I could do that.” I thought to myself. I lift weights regularly and I am one of the strongest kids in the entire 7th grade.

“Hey Matt, I think I want to try this.” I said to the buddy who had brought me to Valley Fair for the day.

I paid the man my dollar…picked up the heavy hammer and heaved it onto the driving pin.  The heavy weight, shot into the air…making it nearly half way up the tower before it came crashing back down.  Two more attempts…two more failures.

I walked away with my buddy, Matt…feeling dejected and weak.

It was near this moment that my life trajectory changed.  Not necessary because I didn’t hit the bell…but because of my progression toward manhood. It appeared that as I got older my father had more rigorous work for me to be doing around the house. Thus, in addition to lifting weights, I took to splitting wood.  Over the next 6 years, I split countless cords of wood.  I split oak, ash, poplar, some small elms and even some giant white pines.  I didn’t realize it at the time, but all of this work was preparing me for something amazing!

Midway through my college career, I was walking those same streets of Valley Fair with someone far more attractive than my buddy Matt…I was with the prettiest girl ever to set foot on a roller coaster.  As we walked past the sledge hammer, bell tower, “ringy thingy”…I had to stop. I felt compelled to prove myself.  I felt drawn to win a prize for this girl (the girl that I would one day marry…though at the time she did not yet know it).

“Step right up! See if you can be the next winner! Swing the hammer and hit the bell! Three attempts for $5.”

“FIVE DOLLARS!” I thought. “That is some inflation! What happened to the $1?”

“I would like to give a shot.” I said…believing that, not only would Sarah be impressed with my great feat of strength, but also my great wealth of plopping down $5 to win her something real nice.

The pimple-faced, Valley Fair worker congratulated me and handed me an inflatable pool toy in the shape of a hammer.

Well, that was a rip off.  I inflated the pool toy and handed it to Sarah, “Here I won this for you.”

“Thanks…What am I supposed to do with this?”

The prizes are flying around like crazy right now with the culmination of the Tokyo Olympics in full swing.  All of these amazing athletes who have trained for years are winning their prize. I can’t help but wonder when they get home…do they ask, “Now, what am I supposed to do with this?”

Don’t get me wrong, I think that the prize of winning an Olympic Gold Medal is no small feat.  Yet, I am convinced that there is a prize beyond prizes awaiting those who have put their faith in Jesus.  Yet, we train for these earthy prizes, often forgetting the immeasurable prize that awaits those who follow Christ.  Paul contrasts this very reality in Philippians 3. He even says that he runs in such a way as to get “The Prize.” His prize is not a crown of olive branches or a gold medal.  His prize is the King of Kings and the Lord of Lords.  His prize is to be with Christ forever.

May we see the prize of Christ and press on toward THAT goal!