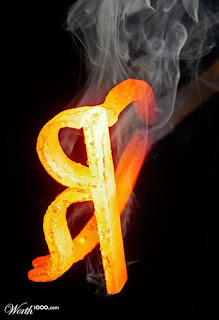 When I was in high school there was a brainless trend exploding through the ranks of post pubescent boys whose prefrontal cortexes had yet to be fully developed.

Travis, a fellow 9th grade buddy, came up to me and exclaimed, “Hey Ole! Check this out!” as he projected his left fist in front of my nose to reveal a red circle on the back of his hand.  The spot was red, swollen and even seemed to be weeping some translucent cream colored excrement.

“We used a cigarette lighter…you know…from the ash tray in your car. We pushed it in…it heated up…and then we took it and pressed it against our skin! Cool huh!?”

Incredibly, as the days and weeks went on, I began to see more and more people with these round burn marks appearing on their hands and arms.  Astoundingly, even some girls began revealing their own orbital wounds.

I remember seeing Travis’ hand, 4 years later, as we graduated…burn mark still there.  The reality is that scar may still be evident today, a permanent brand…to constantly remind him of his own stupidity.

It is believed that branding was first used thousands of years ago.  The ancient Norse used a word for a burning piece of wood…brandr…which meant “to burn,” which is where we even get our English word, “brand.”  Yet, forms of branding existed far before that.  Even ancient Israelites had forms of branding…not necessarily with fire, iron and sticks…but with blue tassels.   Numbers 15, speaks of tying blue tassels to their garments.  These tassels were symbols of royalty.  It showed that these people…were a “royal people…a royal priesthood,” and when they looked upon the tassels…they were to remember to obey the one to whom they belonged…God almighty.

Today we are infiltrated with “brands,”…golden arches, multi colored “G”, a bitten apple, a gold bowtie on the front of our vehicles; the list goes on seemingly forever.  Brands mark belonging.  My phone belongs to a company who likes to taste fruit and then cast away the remnants.  My coffee comes from some mythical siren calling me with the sweet aroma of dark roast.  Major brands are unmistakable…recognizable in a single glance.

What is it then…that reveals my faith? Is it my love for others? Maybe…I hope so.  Is it my kindness? Maybe…I hope so.  But there is one image that reveals my deep convictions…one act that demonstrates who I belong to….Baptism.  Baptism is the branding of the new life that I have received in Christ.  Baptism tells the world…I belong to Jesus…I belong to the Savior…I belong to the Life Giver.  I have been branded…I belong to Jesus. My baptism is a reminder of the new life Christ has given me…much like a small circular burn is a reminder of high school stupidity.

May we come to be branded…belonging to Christ.