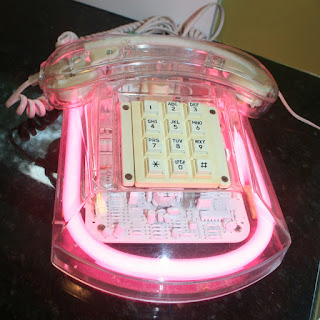 I tend to enjoy surprises, as do my parents especially at Christmas.  Year after year new efforts were made keep gifts and packages secret until the day of the great festivities.  As my siblings and I grew older…new creative ways to keep the secrets needed to be developed.  No longer could my parents simply write the names of their children on the packages, because we would spend so much time handling each item…shaking it…making guesses…asking questions.  The two James Bond wannabes began disguising packages by adding weight, a bag of rice in this one…a 2.5lb Olympic weight in another one.  Small items were wrapped in huge boxes…and huge gifts were crammed in small packages…don’t ask me how…it must have been magic.

This still wasn’t enough, and the two childlike adults resorted to creating an elaborate secret code to confuse “would be recipients” of whose package was whose.  During one particular Christmas morning, the climax of gift opening was delayed until the misplaced cipher key was found.

In 1991, my 11 year old little sister couldn’t stand not knowing which gifts were hers, and what was in those packages.  She secretly began carefully peeling away the tape and peeking behind the paper looking for her gifts.  By doing so, she successfully cracked the code and was able to discover what was in each of her gifts.

However…in a family of aspiring secret agents, things like this do not go un-noticed.  My mother went to work accusing each of us boys first.  She confronted me hard, studying my face as I denied any involvement, looking for any signs of a lie or dishonesty.  This continued with my two brothers as well and then my sister…why was she always the last to be blamed?  Probably because she was a girl and was always treated favorably…yet, in this case…she was found to be the guilty party.

In effort to deliver a punishment that fit the crime, my dad sat my sister down…still 2 weeks before Christmas…handed her one of her gifts and said, “Open it.”

She opened up a new telephone…a corded one…this is 1991…cordless phones were high technology at the time and cell phones were only on Star Trek.

“Give it to your mother, so she can return it.” He directed.

Her lip curled and her eyes moistened…and I smiled as I relished the suffering of my annoying little sister.

She handed the phone to our mother. My mother, who only had one daughter, began to cry and my smile quickly faded, as I saw the hurt in her eyes that reflected her bleeding heart.

My dad handed her another gift, “Open it,” he demanded.

“Give it to your mother…”

She obeyed and the tears continued…except dad…he had no tears…he was either made of stone or just “cold hearted.”

One after another, the gifts were opened and handed over to be returned.  When it was over…so was her Christmas.

Two weeks later when Christmas day arrived, we all sat down with our gifts in front of us…as distributed by our parents.  Three piles sat in the room, one in front of each of my two brothers and one stood before me.  Nothing sat in front of my sister.

She sat, looking sad and forlorn.  Everyone was sitting and waiting for my dad to come into the room so that we could begin.

“Dad! Hurry up!” my impatient little brother called.  He was so immature.

When dad finally entered the room, he had in his arms a large number of beautifully wrapped packages and set them before my sister. She looked at him questioningly. “Merry Christmas,” is all he said.

Grace is all that we don’t deserve.  On that first Christmas, the world was offered grace…from a God who has always and already been…gracious.

John 1:16 says it this way. “Out of his fullness we have all received grace...in place of grace…that had already been given.”

Jesus is grace…on top of grace that had already been given.

May we come to know the amazing grace upon grace this Christmas.