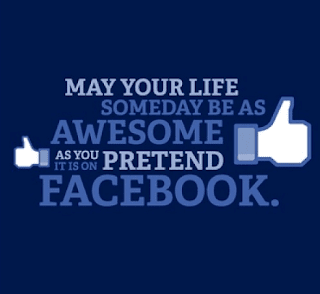 Several decades ago, back when M.C. Hammer was “2 Legit 2 Quit,” North Dakota State University would hold an annual freestyle wrestling tournament…The Fargo Open…(imagine that being announced in a very low dramatic echoing voice…sounds cool doesn’t it?).  Growing up around the sport of wrestling, and having had wrestled since first grade, I thought that expanding into the realm of freestyle wrestling would enhance my technique.  This led me to enter the elite competition of the Fargo Open.  The brackets were put together by weight class and limited to somewhere between sixteen to thirty-two wrestlers…honestly I don’t remember…it was over twenty-five years ago, cut me some slack.  My weight class was packed.  In fact, my weight class was so full, the tournament officials had to create two brackets for my weight class.  I was placed into a secondary bracket after the first bracket had been filled.  For years, I have proudly stated how I placed third in this elite tournament, and received the largest trophy in my collection of trophies that I keep proudly displayed in an office box in the attic of my parents’ country home.  What I usually neglect to share, is that this secondary bracket only contained three wrestlers.  After two straight losses, I received the equivalent of a “millennial” participation trophy.
It’s remarkable to me how we pose ourselves in such a way that we attempt to make ourselves look better than we really are.  I read recently online…so it has to be true…how 70% of people, who share personal information and events on social media, intentionally lie, exaggerate or alter their posts in such a way as to make themselves and their families more attractive or appear better than they believe that they really are.  In other words…the 70% are attempting to deceive their readers…and I believe in many cases, they have come to deceive themselves, in such a way, that they believe that their posts are entirely true, or at the very least…justified adjustment.
Why is our culture so afraid of the truth? Everyone lies…why? When you break it down, it really just doesn’t make sense…yet we do it.  In the Gospel of John, chapter 8:31-59, we find a moment when Jesus is talking to a large number of Jewish people.    Jesus accuses them of being “slaves to their sin and darkness.”  This upset these Jewish people…after all…no one really enjoys being called a sinner.  These wacky Jews, tell Jesus…“You’re crazy…we are slaves to no one…” Jesus lays it out before them…that they are deceiving themselves in believing that they are sinless…he tells them to believe in the “truth”…and that the “truth will set them free.”
Lies leave us in bondage.  We are bound to the effects of the deception.  We all lie…we all lie to other people…but often I don’t think we see how we lie to ourselves.  We think we have it all together…we try to convince ourselves of this deception…when Jesus really wants us to say…“You know Jesus…You’re right…I am a sinner…and I need your forgiveness…please forgive me.”  There is the Truth…and that Truth is the Truth that will set you free.
Posted by Pastor Ryan Olson at 5:29 PM