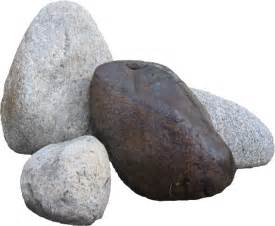 Seven years ago I was asked to officiate a wedding in Grand Marais, Minnesota.  Not knowing the next time we would have the chance to make the five hour drive to experience the grandeur, I decided to bring the entire family up to this gorgeous part of the state.  It is truly a magnificent part of the country…“God’s country.”  The wedding took place on an amazingly, beautiful day in a quaint and cozy chapel just off of the Gun Flint Trail.  Following the ceremony, my wife and I thought it would be nice to enjoy some of the North Shore scenery with the family.
We made sure to make the stop at Gooseberry Falls…Betty’s Pies…Agate Beach…and several other areas of rocky shore.  As we were walking along one particular rocky shore…our son, Isaac, was doing what any four year old boy would do…picking up rocks and chucking them into the largest fresh water lake in the world.  Rock after rock…every fourth step or so…splash, in goes another.
We were not the only ones enjoying these rocky shoals, several other couples and families were out enjoying the lake and the beautiful afternoon.  One family in particular…was a…not super young lady…walking,  what I assumed was her…much less young father.  She helped him along the shores as he clumsily navigated through the thick, rock sand with his walker.  Overall it was impressive, watching him make do in a situation with a walker, that was not created to traverse over such rocky terrain.  Now, had it had big twenty inch, fat tires and, perhaps, basketballs instead of tennis balls…then maybe he’d have something.
We were walking in their direction as they were walking in ours…one step, two steps, three steps, four steps…splash!  One, two, three, four…splash…One, two, three, four…“Eeek” “Ugh” “Ahh” “Smash”…turning back…there  is an old lady and an old man both sprawled out on the shore.  Apparently, one of Isaacs’s stones was heading to the man…in which, his presumed, more able bodied daughter, dove in front of her “walker father” taking the blow and causing both of them to hit the rocks.
As a parent, this is about as mortifying as having one of your children walking up to someone and asking them…”Why are you so fat?” or “Why does skin hang down from your arms like that grandma?”  We did about all we could think of to do as parents of a four year old perpetrator…we apologized profusely…and insisted that Isaac apologize…in which he replied, “NO! WAHHHH” and then… “NO! WAHHH” which then he finally followed with…“NO! WAHHH!”
Do you want to know what is worse than your son chucking rocks at old people?...Your son chucking rocks at old people and then refusing to apologize.
There is a moment in the Scriptures (John 8:1-11), where some Jewish leaders bring a woman before Jesus.  She had been caught committing adultery…that’s when she was with another man who was not her husband…and he was with her instead of his wife…and they are not just holding hands.  The Jews ask Jesus, “Our Law says that we are to stone her…but, what do you say we should do?”  It is at this point that Jesus gives one of my favorite responses of all time…He says something to the effect, “If you don’t have any sin in your life…by all means…start throwing stones at her.”  After Jesus had said this,…everyone…EVERYONE…except Jesus and the woman leave. Then Jesus asks her, “Where are the ones who accused you?”  She replies, “They have all gone.”  Jesus…who happens to be the only one who is without sin…and could technically begin to throw stones…says, “Neither do I condemn you.”
How often do we condemn those who wrong us? Someone makes us upset and we immediately see ourselves in justified to “tear them down.”  We long to take justice into our own hands and hand out the punishments that we feel that people deserve…and maybe they do…but, I think we so easily ignore, our own guilt…our own sin…and certainly…our own need for grace.
May you come to remember your need for grace…and then offer the grace freely…that you have freely received.
Posted by Pastor Ryan Olson at 4:15 PM