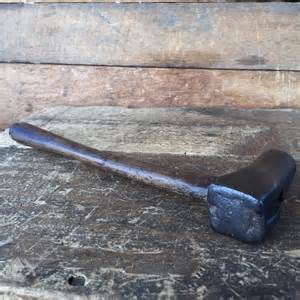 I remember working on my dad’s 1978 Chevy Cheyenne pickup…I am certain that my 7 year old expertise was invaluable to him and that he could not have done the job without me.  I was probably most helpful by keeping his heart rate up as I raised and lowered the jack holding the truck up that he was working on.   Some call it stress…I call it cardiovascular exercise…at least I used to…now I call it a heart attack waiting to happen…(honestly…I doubt that I ever did that…I would put the odds at less than 50%).  We were repairing his front, four wheel drive hub…I remember him needing to go a very specific socket, with four, quarter inch teeth that would protrude from the end.  Without this specific tool…the job was impossible to complete.
This past week, I was driving by our local zoo. I noticed that they were doing some work on the stone walls that border the zoo and the road.  I drive by this zoo nearly every day, yet, I had never noticed it being in disrepair...but I’m not a stonemason, so what do I know.  I observed a crew of men using a very unique tool…it appeared to be a large clamp with large chains and long stakes that they drove into the ground and long levers that were used to pull/hold the wall straight while they worked on it and then left on while their work dried.  This left me curious and wondering about these clamps.  By all appearances…it looked as if these clamps were created for one singular purpose…to straighten and hold stone walls in place.  Then I thought…how often would those tools even be used? They seemed so specific to that singular task.
This got me thinking about my own tools. So much so, that I went and looked through my tool chest trying to find tools that had only one specific purpose.  I couldn’t find much.  I use my tools for all kinds of things that they were never meant to be used for.  In fact, as a child, I remember using my dad’s torque wrench as a hammer to pound a stake into the ground…when that didn’t work I tried using the torque wrench as the stake…dad was not happy.
I have used wrenches as pry bars, screwdrivers as stakes, screwdrivers as pry bars, screwdrivers as chisels, chisels as screwdrivers, pliers as hammer…etc…you get the idea.  One time, when I was working on my own truck, I used a combination of a large wrench, a bottle jack and a sledgehammer to free a rusted bolt.  There is a saying, “The right tool for the job.” …which is all good and well if you are willing to pay top dollar for some of those “right tools”…but for me…I try to get by…some call it cheap…I like to think of it as innovative…after all, look what innovation did for Henry Ford.  Sometimes it feels kind of like playing a round of golf with nothing but a 5 iron in my bag.
There is a story in John 9:1-12 where Jesus comes upon a man who was born blind.  In this culture, the blind man would have been viewed as purposeless.  He couldn’t work…he couldn’t serve…he was disdained as someone who was being punished by God.  Yet, when Jesus sees him, he informs his disciples, who are with him, that it is not sin that has made this man blind…rather, this man was “created” blind…for a very specific purpose.  Jesus tells them that this man was made this way so that Jesus could demonstrate his divinity, his love, his grace, his power, and his own choice to align with the suffering of mankind.  This blind man suffered, and he sat begging at the side of the road for years.  During this time, many people would have acknowledged his life as worthless…yet, Jesus, shows this man the purpose that God had chosen for his life.
Several years ago we took a team of students and leaders to an orphanage Santo Domingo, Dominican Republic.  This was no ordinary orphanage.  This was an orphanage fill with children who were not only unwanted…but also viewed as worthless…purposeless…valueless in their society.  Many of these children ranging in age from infant to teenager, couldn’t walk, couldn’t talk…couldn’t communicate period.  Some of the children couldn’t see…some couldn’t feed themselves.  Where do we find purpose for people like this?  More and more people in our world see these lives as purposeless.  The notorious Adolf Hitler certainly would not have found any value in their lives.  I have come to find that their lives did have value…and interestingly…perhaps their value has to do with their effect on others, more than themselves.  Sure they can’t feed themselves…sure they can’t care for themselves…but their lives impact others.  Their lives impact the orphanage workers who sacrificially pour themselves into their lives.  The workers lives are different…I would be willing to say better…for having encountered these children.  I know that the team of students and my leaders were also impacted by our contact with these children.  It was extremely challenging…but I cannot help but think of them…when I see how Jesus…notices…and values the lives of those we see as purposeless.