Who is this guy? 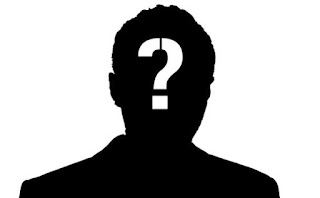 When I was a senior at Wadena-Deer Creek High School, wrestling at 160 lbs, (that was a long time and…a lot of pounds ago), one of my teammates was a 112 lb. sophomore.  Anyone on the team would have told you that he was a very good wrestler and an even better wrestler if you asked him.  I remember one of his matches in particular.
We were entering our first competition of the new year, 1994, after the Christmas break.  This sophomore teammate was given the top seed in his weight class and was incredibly excited to find out that he was about to compete against a lowly 8th grader.
It didn’t take long to hear him talk all about how he was going to defeat this young opponent…ending in the eventual fall of this unfortunate youngster.  As the top seeded wrestler…at the lightest weight class…his match would be about the first of the tournament.
I don’t know that I can fully express the collective gasp of the building, when this 8th grader from Cambridge-Isanti, Minnesota, began to tear apart our highly qualified wrestler.  The question seemed to form on everyone’s collective lips…“Who is this guy!?”
No one knew it at the time…but “this guy,” was Luke Becker…who would soon become a three time Minnesota State Champion, while setting the career wins record at 210 matches at the time.  He would then go on to become a 4 time NCAA All American for the University of Minnesota Golden Gophers. He also, collected an individual NCAA title in 2002, while helped the Gophers achieve back to back team titles in 2001-2002.  Luke is now an assistant coach to the Gophers.
“Oh!...That’s who that guy was!”
In John 18:1-11…we find Jesus is arrested.  I find myself astounded by the passage as it paints a picture of Jesus…who is entirely in control of a seemingly chaotic situation.  Here he is…surrounded by 600 plus Roman soldiers…Chief Priests…Pharisees…and Judas.  Jesus asks, “Who are you looking for.”  They answer, “Jesus of Nazareth.”
Jesus then says… “I AM…He,” and as He says it…they all fall to the ground!
This mob had no idea of who they were dealing with.  They were looking for Jesus of Nazareth…a lowly peasant…and what they found was GOD…the Great I AM…the Creator of the world…who is totally in control…and yet…submits to their arrest.
Who are you looking for?
A Jesus you control?...or a Jesus that IS IN CONTROL?
Posted by Pastor Ryan Olson at 4:09 PM