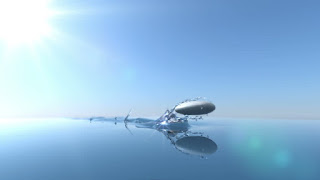 I stepped into my son’s room this past May, and I observed a stone sitting on his dresser. A week later, the stone was still there.  In fact, the stone remained on his dresser until June, when I finally asked him, “What is the deal with this rock on your dresser?”

“I found it…I have been saving it.”

“Where did you find it?”

“Really!? What are you saving it for?

“I have been saving it to take it up to the cabin…so I can skip it.”

Our trip to northern Minnesota was in early August.  Before we left, I was sweeping though the house, turning off all of the lights that had been left on.  As I came to his room to turn off his light, I saw his stone.  I picked it up and slid it into my pocket…and then we left.

“Did you remember your stone?” I asked, as we began driving.

“Well good thing for you…I remembered!” I must be an amazing father…or perhaps just as simple minded as he.

He planned on skipping the stone on the first really calm evening of our week’s vacation at the cabin. It was perhaps the second evening of the week that appeared to meet all of the criteria.

After saving a stone like this for so long…and for such a specific purpose, it only seemed reasonable to record it.  We pulled out the iPhone to forever embed this pivotal moment of a 12 year old boy’s journey to…more boyhood.  After a brief introduction as to where the stone was found…how long it had been saved…and the current intention of skipping the “perfect” rock…the time came.  My son wound up…launched the stone…which skipped once…twice…and flipped…and sunk 10 feet away.  Game over.

Two days later I was braving the water as I slowly edged into the water deeper and deeper.  I am not the “dash and splash” kind of guy. I torturously inch in…step by step…allowing the icy water to painfully cut into my tender white flesh.  The cold water was just reaching my navel when I looked down to see a stone near my feet.  I couldn’t reach down to pick it up with my hands…that would get my chest and arms miserably wet.  Instead, I reached and grasped the stone with my foot…I happen to have exceptional toe dexterity.  I pulled the stone out of the water…and wouldn’t you know…it was the same stone that my son had saved for all of those months…and failed to skip successfully.

“Isaac! I found your stone!”

“Seriously!? How did you do that?”

“Either I am amazing or just lucky”

“I am going to go with lucky.”

During the Jewish New Year…Rosh Hashanah…there is a tradition.  This tradition includes taking some time to solemnly reflect on the previous year.  It is intended that this reflection will reveal areas in your life where you fell short…messed up…sinned.  Upon the completion of the reflection…a person would stand next to a body of water…bend over…pick up a stone…and throw the stone out as far as they could into the water.  This would symbolize the “new mercy” that was offered by God.  It reflected their desire to be different for the upcoming year.

How often have we wanted to take our mistakes and launch them into the sea…to never deal with them again…only to find that somehow they come back…still plaguing us.  We think we have rid ourselves of sins only to find them once again, sitting in our hand, needing to be thrown out again.  It’s the story of our lives…like a hamster on an exercise wheel.  Is it hopeless?

Two comforts come to mind.  Hebrews 8:12 says, “God will forgive us of our sins…and remember them no more,” and Revelation 21:4, “God will wipe away every tear from our eyes…and there will be no more death and dying, crying or pain…the old way has passed away…and the new has come.”

On the final night of our vacation, we tried again.  Again, this one was recorded as well.  This next attempt was a glorious success.  The stone flew from his hand and glided across the surface of the water, coming to rest some fifty plus feet away…there was no way I would find this stone again.
As you begin this New Year…may you find a time to reflect.  May you come to see your own transgressions…and repent as necessary.  Yet, may you also come to see that Jesus has atoned for our sins…and he has cast them out so far…that not even he remembers them.