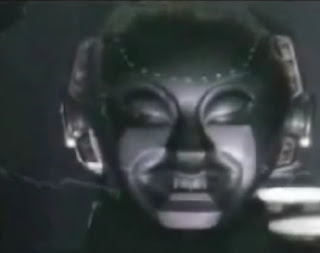 The year was 1983…and this might have been THE defining moment in my music career.  Mrs. Shoemate, the elementary music teacher, came into my 3rd grade classroom and announced that the Wadena Elementary School would be hosting a school wide talent show, and that each class would have an opportunity to “tryout.”  My friend Jeremy and I knew that this was our moment.  Just as in the story of Esther…I had been placed into this school…this grade…this classroom…for just such a time as this.  Jeremy and I approached the audition with a reasonable amount of experience on our side.  We both had worn out our cassette tapes of Michael Jackson’s Beat It…and since “video” had already “killed the radio star,” we watched Michael flash that white glove in the air as he moon walked across the stage and lit his hair on fire with a flaming Pepsi sign.  Jeremy and I knew that we, too, could be stars.

With many of our friends playing the piano…dancing…or singing…we decided to go with something a little more cutting edge.  Thus, it was decided to perform a drum feature to Mr. Roboto, by Styx.  Mrs. Shoemate had given us free reign to anything in her music office.  So on the day of the audition, we climbed to the top of the wall of shelving and pulled down two tom drums buried beneath a myriad of tambourines, bells, sticks, bongos, triangles, ukuleles, guitars, and one electric piano.

Mrs. Shoemate did a remarkable job hiding her excitement as Jeremy and I walked into the classroom …carrying these two dusty drums. I can only imagine how pleased she must have been to rediscover these hidden gems that had probably been thought lost.  The serious look on her face betrayed her great anticipation of the raw talent that she soon expected to encounter.

“Where did you find those?” she asked.

“On the top shelf…under a bunch of old instruments and junk.”

“What did you do with all of the stuff on top?”

“We left it out on your desk and on the floor…we wanted you t be able to put it away and organize it better this time…then, maybe these drums won’t get lost under the rubble again!”

“Don’t mention it.”  Jeremy and I were always doing helpful things like that for our teachers.

Jeremy and I pressed play on our “boombox” and the portable tape player came to life with the mystical intro to Mr. Roboto… “Domo arigato misuta Robotto”....With one hand in a white glove…we pounded on the drums…BOOM BA BOOM BOOM BA BOOM…

Rhythm is not as important as style…enthusiasm…and white gloves.

Mrs. Shoemate was awestruck! So as not to show favoritism toward us…she stopped us just before the third, “Secret, secret, I’ve got a secret.” When you encounter raw talent…you don’t even need to hear the whole song…sometimes…not even the first verse.

To keep the rest of the class from feeling badly or less talented about their own comparative performances…Mrs. Shoemate shielded her eyes with her hands, rubbed her temples and pretended to have a headache.

“Thank you boys…that will be enough”

Jeremy and I were not chosen for the talent show…Mrs. Shoemate must have really wanted to boost some of the other students’ confidence.

In 7th grade, I prospected into another opportunity to express my talents.  I tried out for the Jr. High band.  My performance quickly brought Mr. Lindlief to tears. My 7th grade band career lasted for one day.  I tried to gently express to Mr. Lindlief that I didn’t want my raw talent to be a distraction from the rest of the band…so I thought it best to allow him to lead the band at their “own” speed and skill level.  Mr. Lindlief, attempted to hide his disappointment, but I could see right through that big fake smile and pretend sigh of relief.

By the grace of God, I have learned to play the guitar…without bringing people to tears any longer…perhaps just an occasional cringe.  I think that the church is a bit like a band.  When we choose to follow Christ…we are given an instrument.  It is a gift…graciously given…we do not deserve it…but God gives it anyway.

We are not given the gift, just to have it or hang it on our walls…we are given the gift to play it.  How silly would it be for a member in the band…to sit there with their clarinet, or tuba, or flute, or what have you…and not play it.  That wouldn’t make sense.  Yet sometimes I think we are afraid to begin playing our gift.  We are afraid that we are not “good enough” to play with the band yet, but that is not up to us.

Every year the Little Falls Community Schools host a Massed Band Concert.  It is at this concert that every band…from 5th grade up to Seniors in High School, combine to play a song.  It doesn’t matter if you are new with your instrument…or have been playing it for 6 years…you play together…each one using their own “gift.”

I think it is time…for the church…to begin using our instruments.  Though each of our instruments are different…we are called to play the same song…together…the song of the Gospel of Christ.