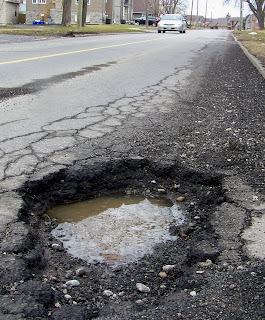 Earlier this summer, our family traveled to Orlando.  I had a week long conference and my family had a need for some time poolside.  There is nothing like Orlando in the Summer.  Actually…perhaps there is…Orlando in the summer is like going for a walk on the sun, while having boiling water dumped over your head.  It’s so hot!…but at least it’s a wet heat.

After my conference meetings were finished, we decided to spend a day searching for Mickey Mouse…we didn’t find him…we even spent an hour in line at Space Mountain and saw no sign of him.  The next day, we decided to give up on Mickey and drive to the Atlantic coast.  I had been to Cocoa beach twice before, once with a group of 16 teenagers and once with just my wife and I.  It was a place that we wanted to share with our children.

We arrived at the beach and found a FREE place to park (thanks to my especially frugal spouse).  We walked down to the magnificent expanse of the Atlantic horizon.  The hot salty air was already causing the sand to stick to our feet, ankles, knees, neck, shoulders, earlobes, eye lashes, nostrils, fingernails, and teeth.  The kids helped us throw everything on the beach in wad so as to help ensure our enjoyment of sandy infiltrations would continue for the next week or more.  It was all quite wonderful.

My son was blessed with an epiphany of an idea.  He began to dig a hole in the sand…about 20 feet into the ocean, where his feet were covered by 6 inches of water.  He dug…and he dug…and he dug…until he had generated a hole as deep as his mid thighs.  It was a deep hole…entirely covered by the surface of the ocean.  Totally invisible…totally deep…and totally dangerous.  Once his hole was complete…he invited his sisters to come and check it out.  “Hannah! Come here quick!”
Then he watched as his unsuspecting sister walked along the shallow water until she fell into his newly created pothole.  “Ughhh…gurgle gurgle gurgle…Isaac, that wasn’t very nice…you didn’t tell me you dug a pothole.”

“Because, then you wouldn’t have ‘fallen’ for it!”

It is a funny word.

It kind of makes you wonder where it originated from.  I think that the natural conclusion would be that some 1960’s hippie cut a hole in his bedroom wall to hide his drug paraphernalia from his mom...as if the smoke didn’t give him away.

It is more likely that the word comes from ancient roads that were often packed with clay.  It is said that nearby pottery workers would go and remove big wads of clay from the roads, thus leaving a hole…caused by a potter...a “pothole.” True?...Maybe?

In either case there is a fabulous story in the book of Jeremiah.  In Chapter 18, God says to Jeremiah, "Go down to the Potter’s house I want to show you something.”  When Jeremiah goes and sees what the potter is doing…how he is working the clay…shaping it…molding it…creating it, God says something like, "Jeremiah…Can I not do to you…and to Israel…what this potter is doing to the clay?  The Potter decides what to make.  The Potter decides what each pot is going to be…NOT THE POT...Likewise…I get to decide what you will be Jeremiah…I get to decide how I have created you…and I get to decide what purpose that you are to serve.”

We often find ourselves uncomfortable with this line of thinking.  After all, no one has the right to tell me who I am but me…right?

There is actually only one person who ever has had the right to decide what it is that has been created…and that is the Creator.

Know this however.  You have been created…by a creator…for a purpose.  That purpose is His choosing, and not our own.  But…It is a GOOD purpose.

Let the Creator shape you…not as you WANT…but rather…submit to Him and allow Him to transform you into what HE wants.

I am still being shaped.  I can tell, because I feel his hands pushing and pulling and trimming.  Sometimes I don’t like it.  But I am learning to trust Him to do that which only he can do…to transform my heart of stone…into a heart of flesh.

Lord…may I be clay in Your hands…and if You would…help me to not step into any potholes.