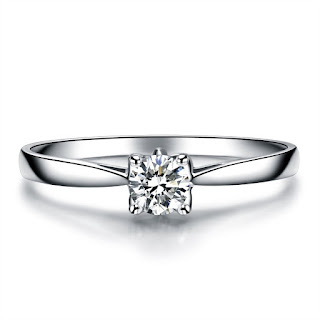 I was 23 years old and had just been hired at the Alliance Church in Little Falls, MN.  The year was 1999, and truth be told…I didn’t have a clue about what I was doing…who I was…or where I was going.  In contrast, I now know…who I wasn’t…where I have been…and I still don’t really know what I am doing…but, at least now, I am closer to learning who is in charge.  I was single at the time that I was hired…kind of.  Sarah and I had been dating for about 2 years…(I consider it 3 years…but apparently there was a year where I thought we were dating…but she didn’t see things in the same way)…so I will say 2 years.

It was at this point in our relationship that I wanted to seal the deal.  I was desperately afraid that she would find out that I wasn’t really that great of a catch…so I needed to act quickly.  If I didn’t, she may learn that I only had 11 dollars to my name and cut things off because she didn’t want to live in the cardboard box I kept in the back of my 1991 Ford Escort.

I drove 12 hours to visit her…a week before I began my new job.  Technically speaking…visiting her was my second priority for that trip.  The top priority lay with the intimidating task of asking her father for permission to propose to his daughter.  That was the second scariest moment of my life…the first being watching “The Shining” at age 6.  On the morning before I was supposed to head back to Little Falls…I knew that it was time to pull the trigger. I got up early that morning…and spoke to her father…asking his permission…which he granted…after lecturing me about finances and providing for her…I told him, “I’m good!...I have 11 dollars!”

One month later…the moment of truth came.  I had it all planned out.  She and I were going to attend my college roommates wedding for which I was a groomsman.  I was going to pick her up when she arrived and take her to our favorite park and walk along the beach on the shores of Lake Minnetonka and pop the question.

The problem was…she was delayed in traffic…and arrived 2 hours later than planned.  She told me that she would meet me at the groom’s dinner at the church after the rehearsal.  Hesitantly I agreed and went to the church.  She arrived just minutes before the rehearsal was finished and we went to sit at the meal together.  Time was not in my favor.  The weight of the ring in my pocket continued to grow as I watched the clock tick away.  I needed to get to the tuxedo shop before they closed at 8:00…and it was already 6:45!  I ate my 8 oz. parmesan chicken breast in two bites and my mixed vegetables in one…shoved the dinner role in my pocket for later and asked, “Are you finished?”

“Wow!  That was nuts! What’s the hurry? We haven’t even had dessert yet…it’s cheesecake…and you know how I feel about cheesecake.”

I sat there…shaking…my knee bouncing under the table, rattling the flatware and splashing droplets of water out of the short plastic cups.  “Chill out!” she uttered.

“Do you want me to finish that for you?” I asked!

Finally when she finished…I grabbed her hand and drug her to the Ford Escort...I pointed us eastward toward the tuxedo shop and put the accelerator to the floor.  The small 1.9 liter, manual transmission made it to 30 mph in about 4.5 minutes, just as we were finally getting up to speed…I slowed down and swung into the parking lot of our favorite beach…“The Plan”…was back on.

“What are you doing?” she tersely beckoned!

“I just thought it would be nice for us to walk along the beach before we go to the tuxedo shop.”

“Now she realizes it!” I thought.  “Just a quick walk…from one end to the other…”

The disgust in her voice was dripping with frustration and confusion.

“Let’s take off our shoes.”

“What!? What is wrong with you? Have you lost your mind?”

“Let’s just take of our shoes.”

We took off our shoes…and I grabbed her hand…and we began to speed walk to the other end of the beach.

“Why are you walking so fast?”

“Because we don’t have time for this.”

“Exactly! That is what I was saying!”

“Come on! Move it! Get your knees up!...Look alive there, sweetheart!”

Just as we approached the other end of the beach…I cried out, “OUCH!!”

“What now?” She implored.

“I stepped on something…some glass or something.”

I hobbled over to a large rock…sat down…reached for my foot and lifted it to my lap while secretly slipping the ring onto one of my toes.

“Do you see anything?” I asked.

I took the ring…got down on one knee and said, “Sarah…I love you…Will you marry me?”

She said…”Did you ask my dad?”

I cannot tell you the relief I felt at that moment. She said YES!

“Great!  Let’s go get my tuxedo!  We don’t have time for this!” I grabbed her hand and drug her back to the less than sports car.

It was after this moment…that I was obsessed with telling everyone that she said YES…she actually said yes!.  I told everyone.  Why? Because I loved her…and she loved me…and she said yes. She was just as obsessed as telling the story as I was!

In Acts 26, we find Paul speaking to King Agrippa after about 2 years of imprisonment.  When he is given an opportunity to defend himself…he uses it as a time to tell Agrippa…ALL ABOUT JESUS!  Why does he do that?  He could have defended himself and been set free.  (The Bible says so in vs. 32)! Paul speaks about Jesus…because he LOVES Jesus.  When we truly love something…or someone…we can’t help but to testify to that love.  I love my wife and my kids…and I love Jesus.  I will speak about all of them…anytime.