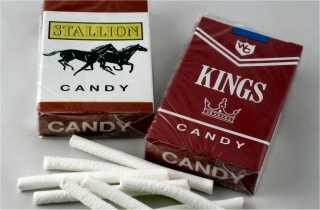 It is hard to believe, but I have not always been the poster child for “coolness.” In elementary school, I may have been the awkward kid sitting in the back of the 2nd grade classroom trying to secretly pick my nose without any cute girls spotting me…not that it would have made any difference…I wouldn’t have received any positive attention from them anyway.  I would often arrive at school wearing homemade denim jeans that were too tight for my already skinny legs and wearing empty bread bags inside my moon boots to keep my feet dry.  All of this to say…I was an easy target.

I remember, one cold January day, as I approached the entrance to the Wadena Elementary School, I was ambushed by Jason and his henchmen. They had been hovering just around the corner, and as I stepped into the 30 foot radius of the door, three black streaks zoomed in for the kill.  I was struck square in the chest and thrust back into the deep snow with my backpack leading the way. I was like a turtle stuck on its back with three ugly salivating wolves standing over it, ready to devour.  I could see no way of this ending well.

My salvation arrived in the form of Smoking Steve Swenson.  Steve Swenson was the Swede of Swedes. He was two grades older than I, and stood 6 inches taller than most 5th graders. He had fake tattoos on his arms and a candy cigarette hanging from his lips…(thus the nickname, Smoking Steve), he was SO cool!

“Hey, what are you three losers doing?” Steve barked at the 3 wolves.

“Nothing, Steve…just going to help this poor loser out of the snow bank.” Retorted Jason…

Jason and his cronies shuffled off…and Steve, saying nothing, turned and walked away.

There was a picture of power that struck me that day. The power was certainly not within me.  Jason had some…but Steve…was the real authority in the group.

There is a much more valuable picture of power and glory and honor and magnificence found in the Bible.  In Revelation 1:4-20, we find the Apostle John receiving a vision of the things that are to come.  Specifically, he sees an image of Jesus in ALL of his power and glory.  It is amazing…It is astounding! I am struck with this image.  Jesus says to John, “I am the first and the last, I am the Living One; I was dead and behold I am alive forever and ever!”

Our world, our country, our circumstances and our health are all in question and in chaos.  I don’t like it…and I am certain that you don’t like it.  However, this is what I do like…I like looking at this image and seeing Jesus in his majesty and glory and knowing…that he’s got this…he can handle it.  He is who he says he is…he says he is coming back…and I believe him! That is my hope…He is the real Savior!