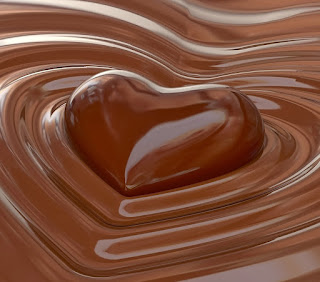 The fight broke out over a football game.  It was the Vikings vs. the Lions…a perennial match up positioned to evoke passionate emotions from either side.  It took place in the Barry Sanders era…which is the only time in semi-recent history where the Lions were ever a threat to any other team in the NFL, let alone a fellow team from the Black and Blue division of the NFC North. Football passions ran high in my childhood home.  Though I seldom observed any blood coming from my dad’s body…I am pretty sure it would have run purple.  All the man really wanted, (wants, since he still lives) was to have one Super Bowl win…is that too much to ask?

In recent years, I think that perhaps he has compromised to accepting a Super Bowl appearance…or perhaps even just a “made” field goal.

On this particular Monday night battle between these two divisional rivals…something happened…it was a strategy of unethical proportions…my mom…started the vacuum.  Perhaps my dad’s tension was already riding high from watching the slippery, Lion’s running back continue to elude all of the would be purple tacklers, or from Wade Wilson’s 3 interceptions or Darrin Nelson’s fumble, but when the Hoover whirred to life, I noticed my dad’s jaw clench. Had the air in the house been just a touch cooler…steam would have been pouring out of my dad’s nose like Ferdinand the Bull as he sharpened his horns to take out the wiley Bugs Bunny.

“What are you doing?” His shouts arose.

My mother either didn’t hear him over the vacuum or pretended not to hear as there was no answer.

In frustration…my dad authoritatively left the home and drove away.

After he had gone, my mother turned off the vacuum…I could still see some of the spots that she missed…but I graciously, and perhaps fearfully, refrained from pointing them out to her.  She sat down in the recliner and put her head in her hands.

“No Ryan, why would you ask that?”

“Because the Vikings lost…it might be your fault…from vacuuming you know?…and because my friend Donny said that his parents always fight and they just got divorced and then Donny couldn’t live with both of them any more…he could only be with one.”

In the mean time, my dad had returned and stood in the doorway of the living room.

“Who would you pick?” My dad asked from the doorway.

“If you had to choose…who would you pick?”

I took a long moment before answering; I remember hearing the wall clock clicking in the silence.  Then sorrowfully, I looked at my dad and said, “Dad, I think that I would have to live with Mom…you don’t cook so well.”

I was reaffirmed by my parents that divorce was not in their future.  “Just because we fight doesn’t mean we don’t love each other…we just have a few more things to work through,” my dad encouraged, “We may have arguments, but we work them out.”

He was right! My parents have been married for more than 46 years now.  I remember many fights and many more occasions where apologies were shared…where hearts were softened, humbled and revealed.

Jesus talks about divorce, and anger, and many other things during His Sermon on the Mount.  I am convinced that as we look at this passage…specifically Matthew 5:17-37, we see that Jesus is pointing to something much deeper than our actions.  He is pointing to our hearts.  My dad is not the perfect husband…nor is my mom the perfect wife…but the Lord has worked in their hearts…He had done the transformation.

May we come to see that we need a new heart…and that Jesus alone has the power to change our hearts.

Jesus take from me my heart of stone and give me a heart of flesh.