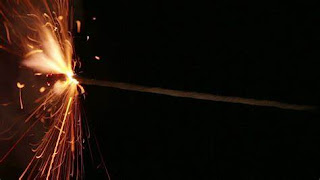 These words proved to be a big fat lie to the 10 year old boy who had his eye on the pretty new girl in class who had just moved to town from Montana.  Though the speaker of those words, namely my 5th grade music teacher, had good intentions, she was flat out wrong.  It was likely that she was attempting to motivate me to set my mind on learning how to sing.  However, I contrarily decided to set my mind elsewhere…namely on the new girl.

Now here I am, now 35 years later…and I still can’t sing…and that girl never did give me the time of day.  Well, Mrs. Nelson…you did not “Teach the world to sing in perfect harmony,” unless of course I was omitted from that world, and the new girl never did “come round the mountain,” at least in my direction.

Some things are just impossible, like eating just one Lay’s potato chip, one almond from the bag of trail mix, or just one Oreo cookie.   Perhaps that was Nabisco’s strategy in creating the “Double Stuf” Oreo cookie…to help people like me to eat just one.  If you put two cookies into one…people won’t need to eat two…right?  Wrong…now we just make “Quadruple Stuf” cookies.  Nabisco hasn’t quite kept up with my demand.

I remember watching the old Mission Impossible TV show as a kid.  Each episode was plotted similarly.  There would be a secret…impossible…mission, revealed to Dan Briggs.  Mr. Briggs would then bring in his team…to accomplish that which was impossible…or I guess…not quite so impossible.

Matthew 5-7, is a well known passage of scripture.  It is the Sermon on the Mount.  What is striking to me in this message from Jesus is that he lays out such lofty expectations.  What Jesus calls his followers to are really quite impossible! Why does he do this? I have become convinced that Jesus wants for his followers to understand two things.

1.      Jesus wants us to see that following him, as he calls us to…is impossible. Wait what!? Then what are we doing? What is the point?

2.      Jesus wants us to see that ONLY THROUGH HIM…and the power of His Spirit…can we follow Him!

We can’t make the impossible…possible!

Only Jesus can do that!

Only Jesus HAS done that!

Only Jesus can do that in us!

May we come to see…all that we CAN do…but only through Jesus!