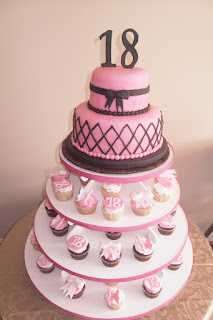 Yesterday my oldest daughter celebrated her 18th birthday. I, on the other hand, spent my time mourning the loss of her childhood…as well my own.  As a gift, I purchased one of her favorite children’s books, the literary classic, Raindrop Plop, and gave it to her, along with gifts themed from the book; umbrella, raincoat, rain boots…but not the bright blue boat, that would have been out of the budget. I took some time and wrote a meaningful message on the inside of the front cover.  I closed the book, and then I sobbed.  I was fortunate to be the only one in the house at the time, except for the dog, but due to our strained relationship, all he did was smile and relish his kingship over me during my hour of grief. I sobbed uncontrollably as I reflected that now half of the humans in my home were now adults.  At this, my sobbing abruptly stopped. “She is an adult now…that means that she can begin to do adult jobs around the house…like plunging the toilet, rotating the tires…hmmm….I wonder how she is at doing taxes?” I thought.

It seems like it was just 18 years ago, yesterday, when Hannah was born.  I remember the day in such detail. In fact, I remember a great deal of the days and months leading up to day of her birth.  One of the most life changing moments of the gestational period was the moment that Nurse Denise placed the ultrasound paddle onto the belly of my wife and revealed the machine gun rapid fire of the unborn heartbeat cranking out a techno rave beat at 165 bpm.

That day reveals one of the greatest and most accurate pictures of true biblical hope that I have encountered. From the day that Sarah and I learned that we were “expecting” we began to …well…expect.  From that moment, a hope had been generated.  The hope of the day when this child would arrive had been promised.  Our lives went from, “I hope that we will have a child someday,” to the hope of the day “when our child will arrive.”

This is a picture of the hope of Jesus, as would be the engagement period of a young couple, or even the anticipation leading up to Christmas…they all point to a hope that is tangible.  God spoke of His redeeming work from the very beginning.  His promise was a promise of hope, a hope that was not an “if”, but rather a “would.”  Then, Jesus came! We continue in hope. Today we can have that same confident hope that Jesus IS coming back.  With that kind of hope, what else do we need…except maybe some help on my taxes?