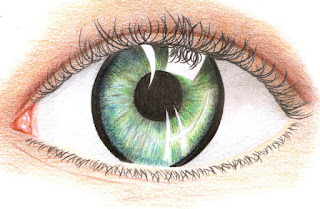 There was a time in my life when jealousy was indeed a green-eyed meat eating monster devouring my soul.

It all started on June 23rd, 1979.  My mom brought this ugly baby boy home.  I was 3 at the time, and this ugly kid got all of the attention.  He would spit vomit out of his mouth and nose, poop in his pants, and my mom was all gaga over his goo goo.

I figured that it was just a season, but it didn’t seem to go away.  He got special treatment.  My older brother and I had to do all of the work such as feeding the pigs, shoveling the snow, and hauling in all of the wood for the furnace. Meanwhile, he stayed inside doing nothing.

I was in no way jealous of him…I just wanted to live his life of riley.   There came a day when he (my now 4 year old little brother) started twitching his nose.  It seemed to be involuntary.  I believed this to be the moment of his demise, and my return to penultimate, maternal adoration.  “Hey mom! Look at Rory! He keeps twitching his nose like he is going to sneeze or something! Boy is he dumb huh?”

“Oh how cute and adorable!” my mother cooed.

I wasn’t jealous.  I just wanted to rip that stubby little nose off of his twitchy little face.

I have grown in my self-acceptance and now own less insecurities. I suppose that my security may be somewhat fueled by my, now 42 year old, little brother’s hair loss, but what do I have to be jealous of really?

Sure he still has more hair, a higher metabolism, has shot bigger deer, is a better water skier, is smarter, has a dog that listens to him, a PhD, a bigger boat motor, a bigger house, and is still mom’s favorite. What do I have to be jealous of?

John Stumbo says that, “Jealousy is combustible…it inflates and infuriates…it will not stop until all threats are silenced…never settles for a compromise…jealousy MUST win – ALWAYS.”

I think Mr. Stumbo is right.  We see this evidenced in Acts 13 & 14 as we read about Paul’s work in establishing the churches in the region of Galatia.  It is jealousy that fuels the opposition to the Gospel. To the extent that Paul is beaten to the point of death. The rage that jealousy generates is scary. Perhaps why it is so scary, is because despite my denials…I know that jealousy lingers within me.  May the Lord deal with my jealousy and bring me into a proponent of His Gospel Kingdom and not an opponent of it.

Thank you Jesus, for your patience in dealing with my jealousy.

“I wonder if I should tell Mom that it was Rory who broke the antler off of her ceramic deer???”