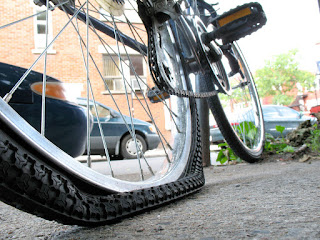 One summer, a mother and her two children moved into one of the quadriplex apartments to our south.  One of the children’s names was Calvin.  My own children knew Calvin and spoke of his harried history.  He had been in and out of juvenile centers, spent many hours in detention, and perhaps, was suspended more days than he was actually in school.  To put it simply, a “bad influence” appeared to have moved into the neighborhood.

As the summer began Calvin would bike by and see our family outside playing catch with a football and he would stop and say, “Hi, Isaac,” (who he knew from school), “Can I play?”

I immediately spoke up, “Sure Calvin!”

There became a pattern.  Whenever Calvin saw us outside, he would stop and ask to participate.  Calvin joined us for backyard fires and s’mores, basketball in the driveway, biking up and down the street and skateboarding off of the curb.  It seemed, in fact, that nearly every time Calvin walked or biked by the front of our house, he would either stop, call out a greeting, or come up to the door and ring the doorbell.

One thing that Calvin loved more than anything was fishing. Calvin would often bring his fishing rod over and he and Isaac would practice their casting in the yard.  One Christmas I found one of Calvin’s lure lodged into the shingles of the roof as I was putting up the Christmas lights.

One evening, I watched as Calvin was riding his bicycle home with a flat tire.

“Bring it here…I can hook you up.”

I quickly realized that both, Calvin’s tire and tube where shot from being ridden so long on the flat tire. I dug through my bin of extra bike parts and found a tube and a tire that would fit.  I had Calvin up and  running like new in just a few minutes.

Ironically, it was the very next day that I saw Calvin struggling to hold his fishing pole while pushing his bike home with another flat tire.

“Calvin, what’s going on?” I questioned.

“My fishing line got stuck in my bike hub…it’s all wrapped up around the wheel and my tire is all stuck like it’s locked up or something.”

I took a look at the bike and found that Calvin had not exaggerated and the tire was indeed locked in place, like a leech on a fishhook.  a kindergarten boy with a finger up his nose.  As Calvin had pushed his bike home, the locked tire had been skidding along the asphalt the entire way.  This created a 5 inch long gash in both the new tire and tube I had put on the previous day.  I went back to my bin and found another tire and tube.

As we were eating supper one night, our doorbell rang.  Sure enough, it was Calvin.

“Calvin, what’s shaking?” I asked, “Aside from your backpack,” which was indeed shaking.

“Is Isaac home, I have something I want to show him?”

“Sure is.” I replied and called for my son.

When Isaac arrived at the door, Calvin excitedly pulled off his school backpack, set it at his feet and unzipped the top.  He then pulled out a wet, slimy, smallmouth bass with grammar and math worksheets stuck to the sides.

“Look what I caught!” He happily exclaimed!

“Wow! That is some fish!” Isaac affirmed.

“Yeah, how did your math assignment turn out there?” I asked.

Finally, as summer was winding down, my wife was heading out for a walk and met Calvin’s mother, Beth.

“Are you Isaac’s mom?” Beth asked.

“I’m Beth, Calvin’s mom.  I just want to say thank you! Thank you for welcoming Calvin.  Isaac is all that Calvin talks about and your family has been so kind to him.  He seems like a different kid since you have become involved in his life.”

Calvin was not the easiest kid to have patience with.  He often showed up at times when we wanted it to be just our family.  Our doorbell rang at times when we didn’t have the energy to engage, and I ran out of extra bicycle supplies. There were places that I often would have rather been, things that I would have rather had done and s’mores that I would have rather eaten myself. The Gospel of Grace, powered by love, frees us from sin, death and the law…also provides an obligation.  We are obligated to follow the truth of the Gospel. The Holy Spirit living in us always leads and presses us to that Truth.  That Truth is to offer grace and love to people…all people that the Lord brings into our lives.  The Gospel is offered to everyone…not just the people who are easy to love.  The gospel is not just for people like us, it is for everyone, even people who are nothing like us…the Calvin’s in our lives.

Calvin moved before that winter arrived, yet I hope that Calvin will always remember the right hand of fellowship that was offered to him that summer…not by the “Olsons” but in a way…by the giver of that gospel of grace…Jesus Christ.