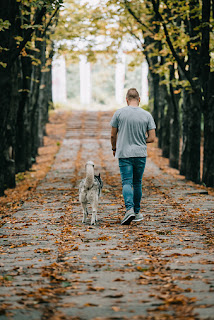 The story that you are about to read is true…the names have been changed to protect the innocent and possibly condemn the guilty.

I have long held to the value of learning people’s names and then calling them by those names. Over the years I have met thousands of people and still remember…some…of their names. Names are important. They not only identify who we are, but they also set in our minds points of reference for memories associated with the owners of these names. For example, I refused to name my son Glen. Glen was the bane of my elementary school years. When I think of totalitarian world leaders of destruction, I can’t help but think of specific names like Hitler, Mussolini, Stalin and Glen. Each day as I stepped onto the bus my eyes would scan the seats keenly for Glen. As it inevitably turned out, the only open seats were always around Glen and thus I was stuck sitting near him. By the end of the bus ride I would have spitballs stuck in my swollen ears reddened from the constant “tweeking” of Glen’s flicking fingers. Glen’s name is impossible to forget.

There are other names I try to remember and have worked hard to learn, including my neighbors. In fact, I have prided myself in the learning the names of all of my neighbor and loving them to the best of my ability. Each Christmas I write them a letter and deliver fresh cookies as an act of friendship and care. As neighbors we work to clear each other’s driveways of snow, help each other with our lawns and even on occasion remove trees from a neighbor’s lawn…sometimes on purpose.

Each morning as I head out on my bicycle, I often see Michael walking their dog, an Alaskan Husky named Influenza. As I pass by Michael I am always intent on happily greet him by name, “Good morning Michael! Nice to see you!”

He would often reply back, “Good morning to you too Ryan.”

It was just last month that I had parked my truck too close to the icy snow bank and found that as I tried to head off to work on a Monday morning I was stuck. The wheels were just spinning on the glare ice. Michael who was out walking Influenza came right over to help push as neighbors on our block often do. With the dog leash in one hand and the other on the rear tailgate he began to push. I rocked the truck back and forth shifting from forward to reverse, forward to reverse, while calling out, “Push Michael! Push! You can do it!”

“It would help if I had both hands.” He insisted.

“Push harder!” I cried, as I did the difficult work of pressing the accelerator and shifting the transmission back and forth. “Don’t quit! Keep pushing!”

Michael pushed and I rocked…and finally we were able to launch the truck forward and as I drove off I called out the open window, “Thanks Michael, have a nice day!”

Just a week ago, I once again crossed paths with Michael. I stopped my bike and stood while he kept Influenza on a tight leash and we talked. Michael began to talk to me about deep things going on in his family’s lives.  It was hard to hear what his family had been with over the winter, but I listened as Michael talked…because that is what neighbors do…neighbors know each other.

After Michael had shared his heart with me, he said, “Ryan…one more thing.”

“My name is Robert.”

“How did I come up with Michael?”

I was struck with three thoughts as I pedaled away from that encounter.

3.    *  No matter what name I use with Michael…it doesn’t change his identity…he is still Robert, he always has been and always will be.

Galatians 3:1-14, reveals our true identity.  When we come to believe and accept the true grace of Jesus Christ we are identified by the Holy Spirit, which now lives in those who believe.  No one can take that identity away, yet some may try to convince us that we are identified by another name…like Michael.

May you come to find your true identity in Christ, by His grace and the gift of the Spirit living in you.